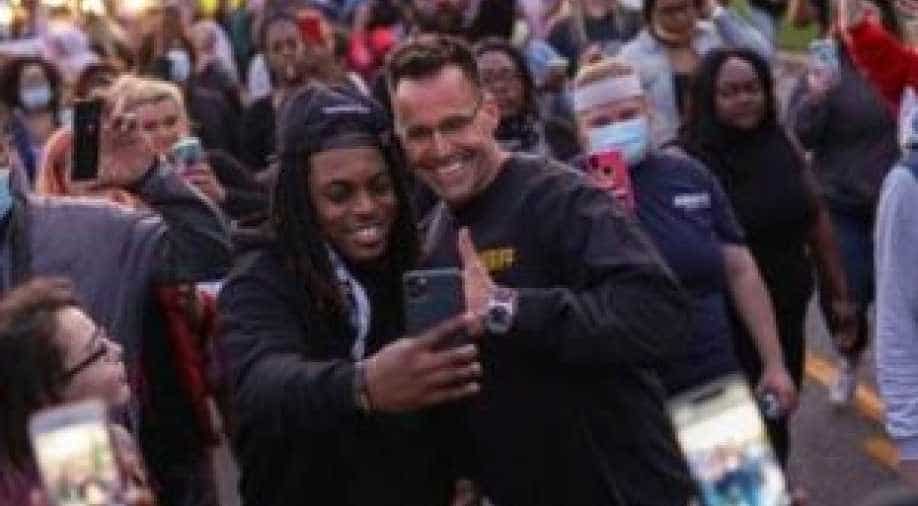 Amid clashes between police forces and protesters, a sheriff in Michigan joined the crowd that was staging a protest in Flint Township. Genesee County Sheriff Chris Swanson joined the protesters by taking off his helmet and keeping his weapons down and said, "I want to make this a parade, not a protest."

Also read: Amid widespread anger over police brutality, some cops win hearts in US

The crowd welcomed the cop by chanting "walk with us!" Swanson told the crowd "The only reason we're here is to make sure you got a voice, that's it. Don't think for a second that he represents cops from all over the county and around this nation."

The protests erupted in Minneapolis and then spread across the country after a video surfaced last Monday that showed a black man George Floyd pleading as a police officer knelt on his neck for several minutes following which Floyd was killed.

"We want to be with y'all for real. I took my helmet off, lay the batons down. We want to make this a parade, not a protest," Swanson says in the video. "These cops love you. That cop over there hugs people. So, tell us what you need."

Several other videos of police coming out in support have resurfaced on the internet.