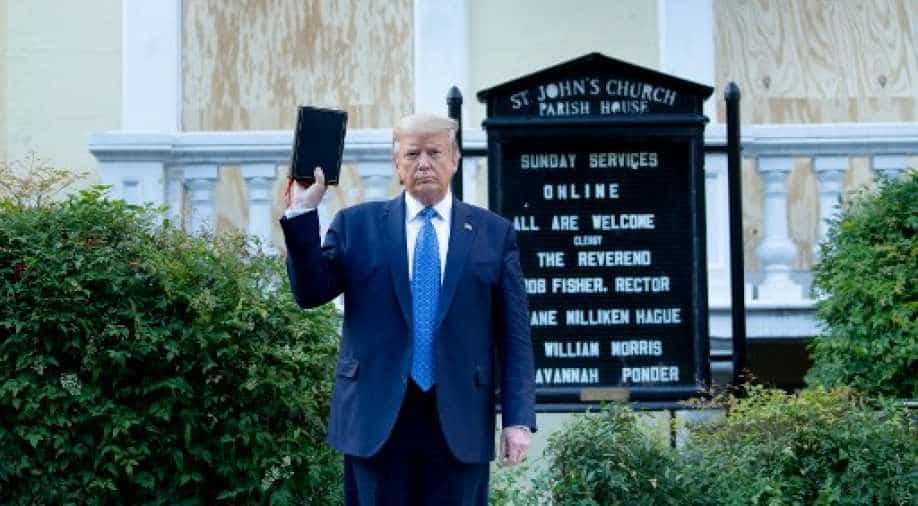 Washington's Catholic archbishop has strongly criticised President Donald Trump's visit to a shrine as civil unrest continues in the US over the death of George Floyd.

On Tuesday, the Las Vegas sheriff had said an officer died in a shooting after police attempted to disperse a crowd, and four officers were injured on Monday in St Louis, Missouri.

Trump threatened to send in the military to quell disturbances, vowing to "dominate the streets", as protests sparked by the killing of Floyd, 46, in Minneapolis continued.

The president said he would deploy the army if cities and states failed to control the protests. But on Tuesday at least one mayor rejected the use of National Guard and military forces.

Democratic presidential hopeful Joe Biden criticised Trump for using the crisis to appeal to his supporters, saying he was "serving the passions of his base".