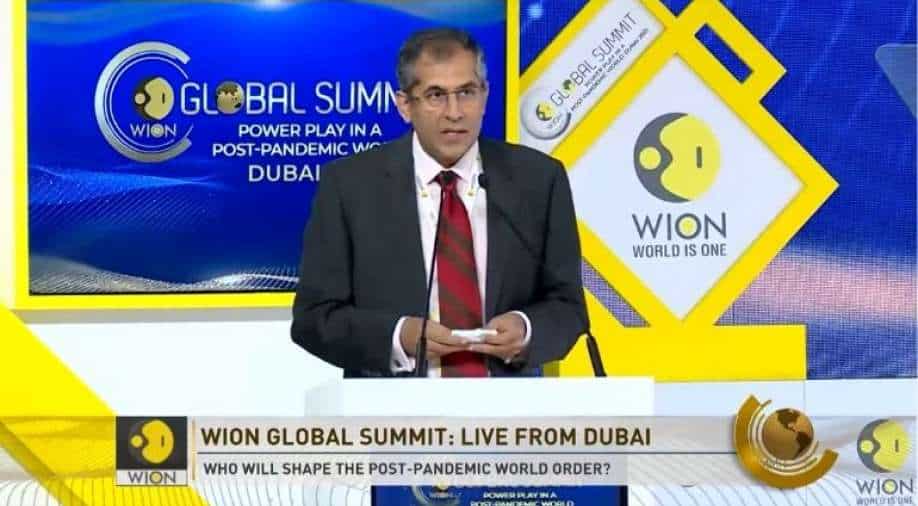 India has also supplied 200,000 doses of the Covishield coronavirus vaccine to the UAE as a part of India's 'Vaccine metri' or vaccine friendship programme in February 2021

During his welcome address to the summit on behalf of the host nation, Kapoor talked about the need for multilateral solutions and international solidarity during times of crises.

"It is natural that disruptions caused by the pandemic have led to a greater distrust about the merits of globalisation," he said. "At the same time, invisible challenges and the pandemic have highlighted more clearly the need  for multilateral solutions, or at least working arrangements between countries with converging interests."

He also highlighted the role of India in such difficult times. "As a pluralistic and open society with a market economy, India fits the role well. The choice for a nation to just focus on its own recovery is an easy one. However, the choice to build up its own capabilities including for the benefit of others is a difficult one. I would say, India has taken the latter path," he said.

Talking about Indians stuck in the UAE during the lockdown, he described how India has had to take the difficult decisions to face the unprecedented challenges posed by the pandemic.

"The decision by India to close its air space last March for 2.5 months even for its own citizens. I can say that the kind of problems that we had trying to explain to our people here, who are present in very large numbers, it was a very difficult decision to explain to them," Kapoor said.

Pavan Kapoor (@AmbKapoor), Indian Ambassador to the UAE, delivers the welcome note on behalf of the host nation, UAE, at #WIONGlobalSummit in Dubai

However, he also added that "this gave the government breathing space to control the numbers and create an impressive health infrastructure and deal with the anticipated surge in cases which proved very helpful subsequently."

Kapoor said that as soon as India started its massive repatriation mission in early May 2020, some 250,000 people registered for the process within three days of the registration link going live on the website.

He reminisced about May 7, 2020, when the first flight of Vande Bharat Mission took off from Abu Dhabi to Kochi. The Indian government was able to repatriate over 300,000 Indian nationals from UAE within three months of the Vande Bharat Mission, he recalled.

"The numbers have since crossed over a million and a half, but a very large number of people who travel to India have since also come back, especially after we entered into a bilateral air bubble arrangement, which is still ongoing and supporting the strong people-to-people exchanges between the two countries."

The Indian ambassador also reported that the government is operating over 300 flights a week between the two countries, which is the largest of the air bubble arrangements that India has in place at present.

He also thanked the government of UAE, department of health, civil aviation, interior, and foreign ministry.

"The India-UAE comprehensive strategic partnership has truly emerged stronger since the start of the COVID pandemic," he said. "The constant high-level empathetic exchanges between our leadership have ensured this outcome."

He talked about the strengthening relationships between the two countries in the post-pandemic world and increasing cooperation in new areas, brought about by several virtual and physical meetings between the leaders of the two nations.

In addition to the strengthening relationships in the defence area, the two countries have also established stronger bilateral cooperation in areas such as healthcare and food security during the coronavirus pandemic.

India also made sure that the food supplies to the UAE "remain uninterrupted, despite the lockdown in India," Kapoor said. He also reported that India supplied HCQ tablets to UAE on a priority basis and also facilitated the arrival of many more nurses and doctors from India to support the healthcare service providers in the country.

The South Asian country has also supplied 200,000 doses of the Covishield coronavirus vaccine to the UAE as a part of India's 'Vaccine metri' or vaccine friendship programme in February 2021.

US: 49-years-old man found dead at home surrounded by 125 snakes