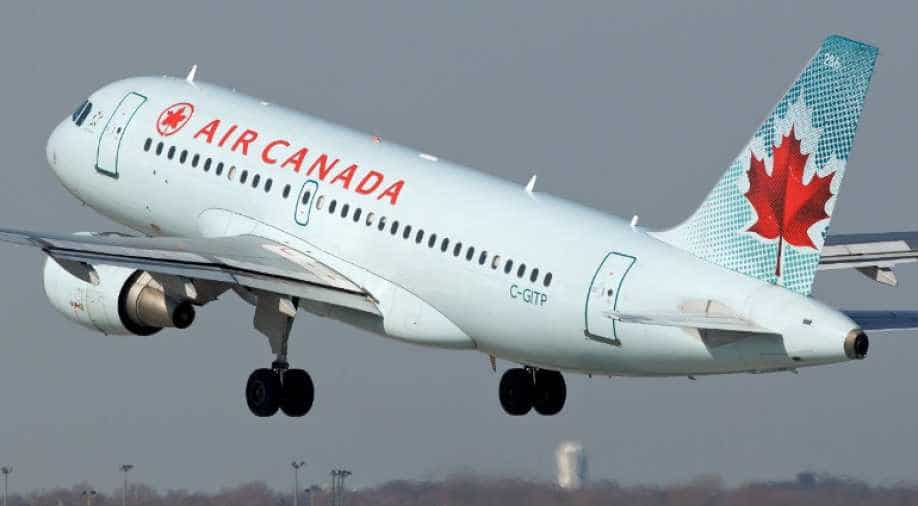 'People are fed up,' the boy's father said of airline overbooking. 'You shouldn't be able to sell something twice.' (Image source: Wikimedia Commons) Photograph:( Others )

Air Canada is likely to operate the first direct flight between the two countries on Monday, whereas Air India will resume services on September 30

After more than five months, Canada has finally lifted the ban on direct passenger flights from India. The ban was imposed in April this year when the second wave of COVID-19 swept India.

Air Canada is likely to operate the first direct flight between the two countries on Monday, whereas Air India will resume services on September 30.

The ban was lifted after test results of passengers who flew to Canada from New Delhi aboard three Air Canada flights came out to be negative.

“Travellers must have proof of a negative Covid-19 molecular test (RT-PCR) from the approved Genestrings laboratory at the Delhi airport, taken within 18 hours of the scheduled departure of their direct flight to Canada,” it added. They will have to “present the test report with a QR code issued by this laboratory to the air operator before boarding,” an updated travel advisory from the Canadian government stated.

It further said that those who “have previously tested positive for Covid-19 can present a positive molecular test report issued by a certified laboratory in India. The date of collection must be between 14 and 180 days before their scheduled departure to Canada."

“Airlines will refuse boarding to any traveller who’s unable to meet these requirements,” it added.