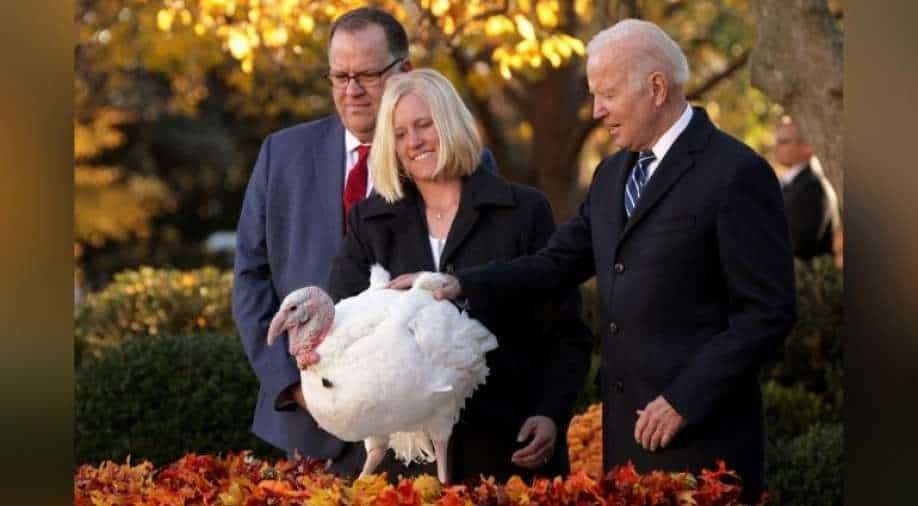 In first traditional turkey pardon ceremony in his presidency, US President Joe Biden pardoned two turkeys, namely, Peanut Butter and Jelly. They were spared from becoming a presidential meal this holiday season in a ceremony on the White House's Rose Garden. It was attended by the families and children of the White House staffers

The two birds were spared from becoming a presidential meal in this holiday season in a joke-filled ceremony on the White House's Rose Garden.

The outdoor ceremony was attended by the families and children of the White House staffers.

On the occasion, the President joked, "Eventually, Peanut Butter and Jelly were selected on the basis of their temperament, appearance and, I suspect, vaccination status. Yes, instead of getting basted, these two turkeys are getting boosted."

Peanut Butter and Jelly were "two names I couldn't agree on more. I have to admit to you, my wife doesn't like me to admit it, that's what I like for lunch," said Biden.

This tradition is “important” as it “reminds us to have a little bit of fun and always be grateful,” particularly after the pandemic’s upheaval of everyday life, the president added.

In 1989, Turkey pardoning became a norm in the White House after President George HW Bush revived the tradition. It has become a regular of the White House holiday season.