In pictures: After 20 years, 3 minutes to embrace on US-Mexico border 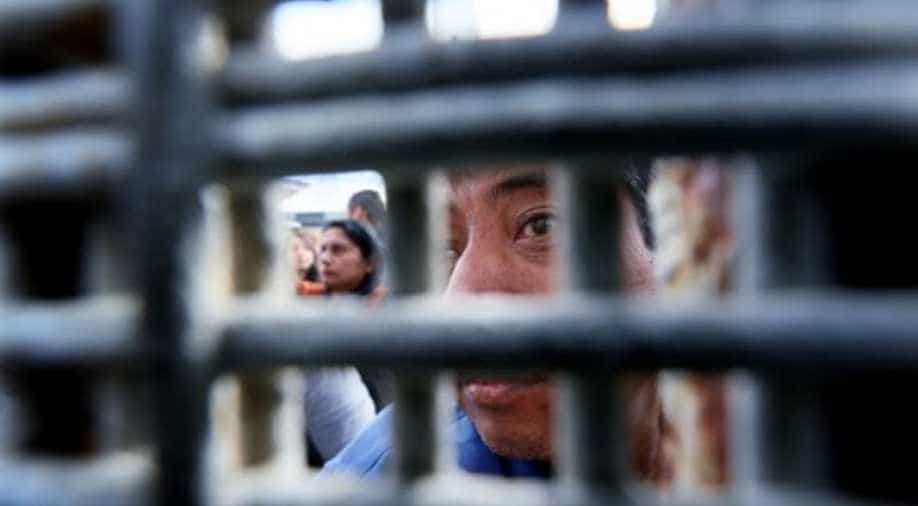 A Mexican national looks through the border fence along the United States-Mexico Border during the 'Opening the Door Of Hope' event at Friendship Park in San Ysidro, California on Saturday, November 19, 2016. Photograph:( AFP )

Donald Trump might be threatening to build a wall all along it but on Saturday -- Sunday is UN Children's Day -- the US-Mexico border "opened" for just a little bit. Three minutes to be exact.

Migrant advocacy group Border Angels got six Mexican-American families to meet their long-separated relatives from across the border as part of its "Opening the Door of Hope" event.

One by one, each family was escorted to the opening in the steel fence separating the San Diego suburb of San Ysidro from Tijuana in Mexico, and for three minutes -- under the watchful eye of border agents -- hugged and kissed their loved ones who had waited on the other side.

For 20 years, Laura Avila (in picture) had yearned to hug her mother again. On Saturday, tears streaming down her face, the 35-year-old had her wish finally come true. (AFP)

"I last saw my mother when she was 50 and next week she turns 71," Avila, who lives in the Los Angeles area, told AFP after the emotional reunion. "It was an early Christmas present for the two of us, and a birthday present for her."

"She had to take a four-hour flight from Puebla (in east-central Mexico) to see us," Avila said of her mother who had been deported after illegally entering the US. Most of the six families had had parents deported back to Mexico.

Many like Luis Hernandez were allowed to stay in the US because of President Barack Obama's Deferred Action for Childhood Arrivals (DACA) programme which allows immigrants who arrived in the US as children to work and study in the country on a temporary basis, while the parents are deported.

These so-called "Dreamers"  are now worried that Trump will repeal the action, leading to tragic consequences for some 750,000 people. 'I am terrified,' said Luis Hernandez, 25, who hadn't seen his father in five years.

Fears over Trump pushing ahead with his harsh immigration proposals were on everyone's mind. (AFP)

'What Trump has proposed is so scary for a lot of minorities, myself included,' said Hernandez, who runs a television and Internet service in Los Angeles. 'He has said he plans to undo the law that protects me.'