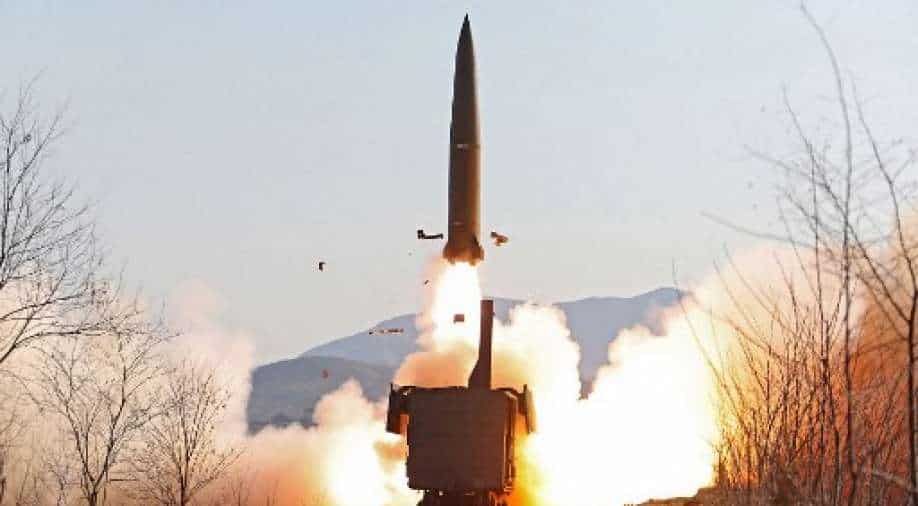 North Korea's KCNA news agency said the tests were conducted to  'check and judge the proficiency in the action procedures of the railway-borne regiment'.

North Korea's state-run channel said on Saturday that the country had tested a "railway-borne missile" on Friday.

The island nation has tested three missiles in the last nine days even as the US imposed fresh sanctions against Kim Jong-Un's regime.

North Korea's KCNA news agency said the tests were conducted to  "check and judge the proficiency in the action procedures of the railway-borne regiment."

Also Read: How are hypersonic missiles different, is it the new 'wonder weapon'?

North Korea had last tested a missile from a train in September last year. South Korea's military had said the missile flew at  430 kilometres at an altitude of 36 kilometres.

US Secretary of State Antony Blinken while talking about the new year missiles tests had said Kim was likely "trying to get attention".

The state-run channel said the missile test was held at "short notice" even as the Biden administration condemned the new launch. North Korea had accused the US of "provocation" as it imposed fresh sanctions.

Japan said the new missiles had fallen outside its waters as defence minister Nobuo Kishi said the North Korea was trying to improve its launch technology as reports claim two missiles were launched.

The latest missiles launch comes amid renewed tensions in the Korean peninsula with North Korea refusing to come to the negotiating table with the US.

The talks between Kim and former president Trump had collapsed in 2019, although the Biden administration has expressed its willigness for talks however it has not been recipocated by Kim's regime.