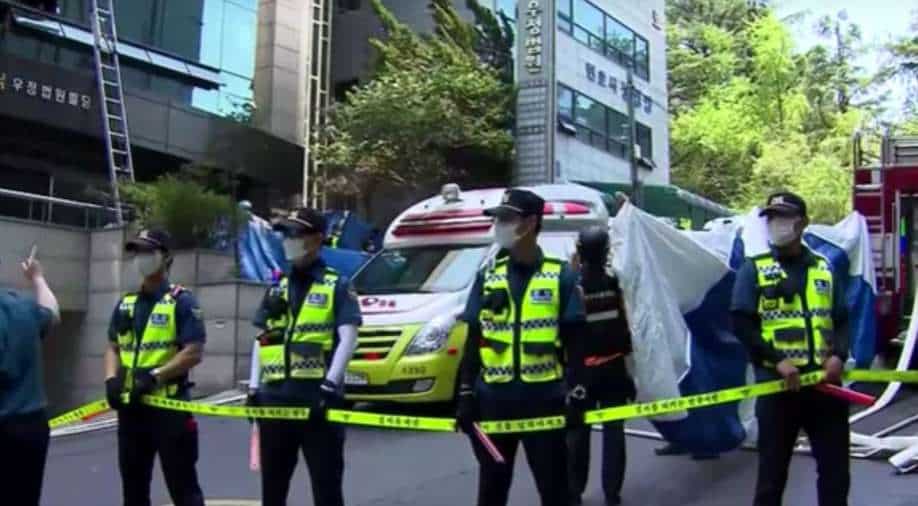 The Daegu Fire Department said that seven people were confirmed dead, including an unidentified man

At least seven people died after a fire broke out at a lawyer's office in the South Korean city of Daegu on Thursday, news agency Reuters reported quoting local fire officials. The accident left about 40 injured.

The tragic accident was apparently caused by suspected arson. South Korea-based Yonhap news agency reported that the suspected arsonist is believed to have died in the blaze.

Media reports also mentioned that the fire broke out in the late morning on the second of a seven-storey office building near the city's district court.

ALSO READ | Ten-year-old sweethearts, Texas school shooting victims to be buried next to each other

The fire station of the region informed that around 160 firefighters with 50 fire engines were mobilised by the authorities. It took around 20 minutes to extinguish the fire. The police and fire department are investigating the cause and motive of the fire.

As quoted by media outlets, the Daegu Fire Department said that seven people were confirmed dead, including an unidentified man. The department also added that at least 49 others were injured. In most cases, smoke inhalation was the reason.

In a report by ABC News Park Seok-jin, the chief of Daegu’s Suseong district fire department was quoted as saying that the high number of casualties was possibly because the building didn't have sprinklers on office floors.

Notably, Daegu was the site of one of the worst arson attacks in South Korea's history. At least 192 people died in 2003 when a 56-year-old man set fire to a subway train.