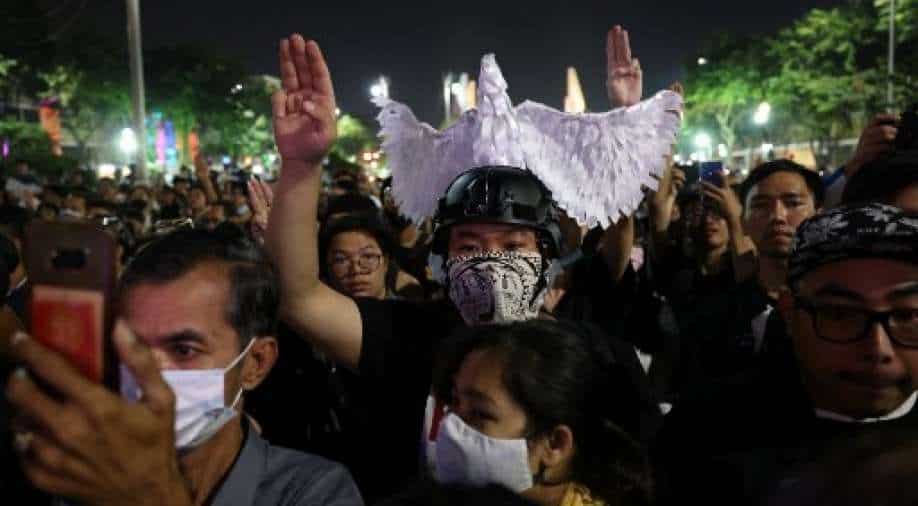 'The court has not allowed bail based on it being a case with high penalties, and the defendants may repeat the actions,' a lawyer said

A Thailand court has denied bail to four popular democracy activists who had been charged with violation of the kingdom's royal defamation law.

Four activists were charged for defaming the royal family of Thailand and the government of Premier Prayut Chan-O-Cha during a series of protests that took place in the country last year.

Thousands had flocked to the streets to raise voices against the government and the monarch family alleging them of mistreatment and corruption. However, these protests were not welcomed by the authorities.

Criticism of monarchy is considered to be illegal in the kingdom and carries penalties of up to 15 years in jail.

Among these four activists is also the popular student activist Parit Chiwarak, also known as Penguin, and human rights lawyer Anon Numpa. While Numpa has been charged with lese majeste at least seven times, Chiwarak has been charged more than a dozen times.

The four will have to undergo a pre-trial before they can formally stand trial.

"The court has not allowed bail based on it being a case with high penalties, and the defendants may repeat the actions," said Krisadang Nutcharut, a lawyer for the activists.

In addition to this, the four activists have also been indicted for sedition and may face a penalty of seven years in jail, if proven guilty. They have also been charged with violating anti-gathering rules and other laws.