In a first for Russian Navy, all-female crew embarks on Black Sea patrol 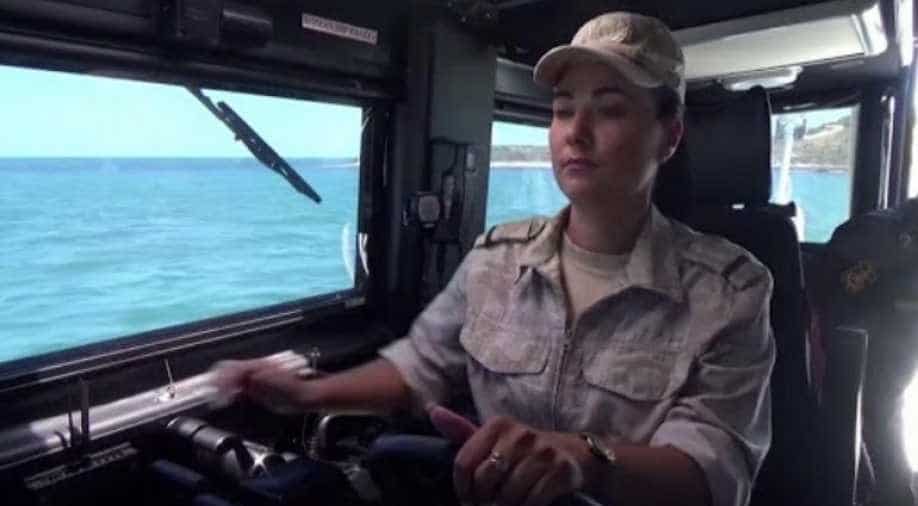 The voyage marks a symbolic step in Russian women's quest to play a more active role in the armed forces, an institution dominated by men.

In a first for the Russian Navy, an all-female navy crew carried out patrols on the Black Sea on Friday in preparation for Russia's Navy Day celebrations later this month.

The crew, on board a patrol boat, fulfilled a broad array of drills on their maiden voyage, simulating how they would react to an incursion by saboteurs including by tossing RGD-5 hand grenades into the sea.

Olga Chelkova, a senior engine mechanic said she decided to become a member of the crew because it's ''very interesting''.

"It's promising and, most of all, it's an experiment that women have never taken part in before."

The voyage marks a symbolic step in Russian women's quest to play a more active role in the armed forces, an institution dominated by men.

The navy still holds barriers to entry for women. A decree signed by President Vladimir Putin in 2000 lists 456 jobs in 38 industries which women are barred from doing because they would entail "heavy work and work in harmful working conditions".

The role of captain is not on the list but seaman is, and serving a seaman's apprenticeship is standard practice for male cadets and a necessary step to take on a command role.

The Russian government plans next year to shorten the list of jobs women are barred from holding.