In a bid to hunt life beyond Earth, China launches world's largest telescope 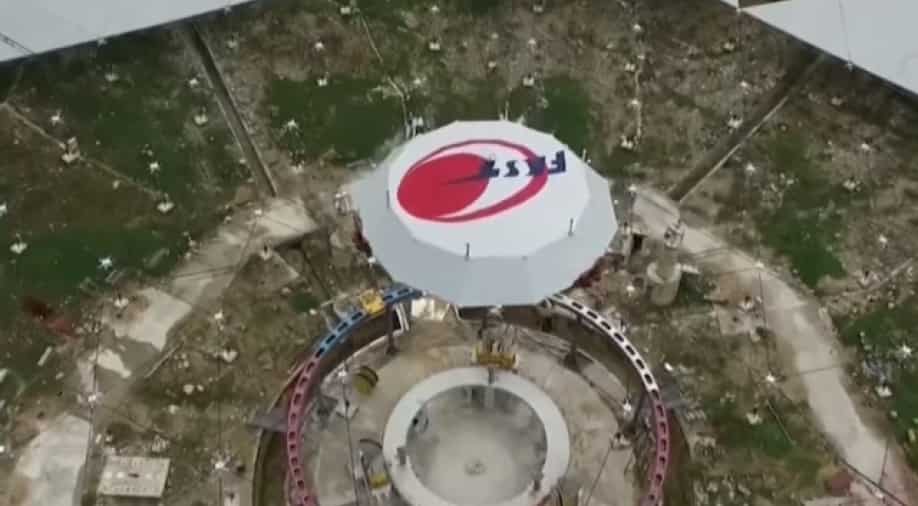 China has started operations of the world's largest and most sensitive radio telescope after completion of a productive three-year trial. #WION #China

The telescope is as big as the size of 30 football fields and was constructed in the year 2016.

The operations of the telescope, which is also known as "Sky Eye", were launched on Saturday. As per reports, the telescope is as big as the size of 30 football fields and was constructed in the year 2016.

The Five-hundred-meter Aperture Spherical Telescope (FAST) has been hewed out of a mountain in the southwestern province of Guizhou in China.

Also read: Smart robots in the offing to help mine the moon

The telescope is one of Beijing's attempts to advance its space programme and catch up with space research pioneers like the United States and Russia. It also plans to launch the construction of its manned space station by next year.

The telescope's trial operations had so far been reliable and stable, FAST's Chief Engineer Jiang Peng told Xinhua, adding that its sensitivity was more than 2.5 times that of the world's second-largest telescope.

The project is expected to lead to breakthroughs in areas such as low-frequency gravitational wave detection and interstellar molecules in years to come and has already obtained some valuable scientific data.