Iberian Lynx, a big cat species, claws its way back from extinction 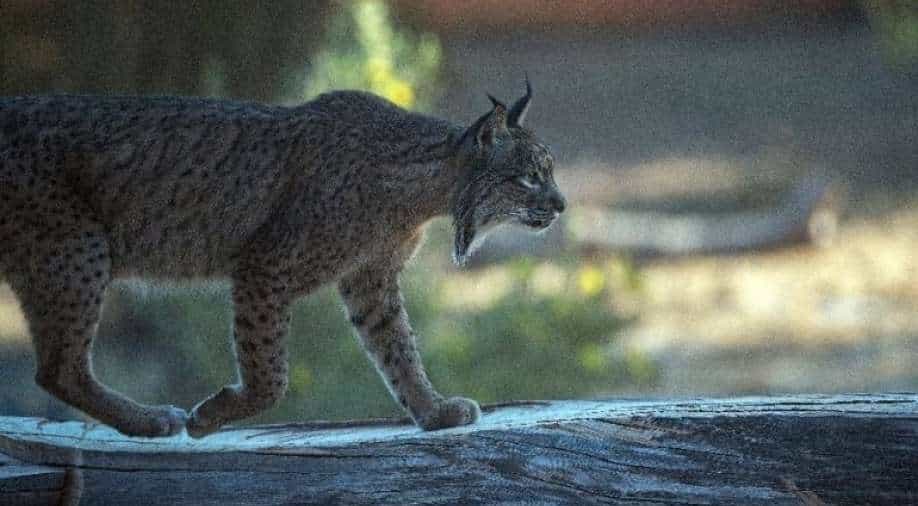 The cat species' numbers were greatly reduced due to urbanisation, hunting, and roadkill and a dwindling supply of their prey

A captive breeding program has brought back the Iberian lynx from near extinction.

Found in Spain and Portugal, this white-and-black-bearded cat, is slightly larger than a red fox, has black ear tufts and a beard that resembles a fox's.

In the early part of the 20th century, they numbered around 100,000, but urbanisation, hunting, and roadkill reduced the number.

However, by far the most damaging was the dramatic decline in wild rabbit populations, their primary prey that started dying off due to disease.

The wild cat population declined to fewer than 100 by 2002. Thus, as a result, the World Wildlife Fund warned the Iberian lynx is on track to become the first big cat to go extinct since the sabre-tooth tiger 10,000 years ago.

By fighting poaching and reintroducing rabbits into the wild, as well as establishing breeding programs, the authorities and conservation groups have taken steps to reverse the trend.

Antonio Rivas, the coordinator of the El Acebuche breeding centre in southern Spain, says he and his team are very pleased and surprised by the results

In the El Acebuche breeding centre a large, enclosed park recreates the natural habitat of lynxes where they breed and live. In order to prevent the animals from becoming accustomed to humans, their caretakers try as little as possible to disturb them.

Iberian lynxes were firstborn in captivity at El Acebuche in March 2005 - three cubs were born, two of whom survived.

In order to avoid capturing more wild cats, the first litters were kept in captivity for several years until they reached breeding age.

However, the breeding centres have released nearly 300 lynxes since 2011.

Several captive-bred animals have been reintroduced throughout southern and central Spain, including Castilla-La Mancha, Extremadura, Murcia and Portugal.

The lynxes are tagged at about one year of age with GPS trackers and brought to their natural habitat where the cage is opened and they are set free.

A whopping 85 per cent of Iberian lynxes born in captivity are released into the wild.

In the wild, 70 per cent of the lynx survive, and the female can have six kittens per year.

While these results are encouraging, the International Union for Conservation of Nature remains concerned about the animal, listing the fox-like animal as "endangered".

According to WWF, the species will be considered out of danger only after it reaches 3,000 individuals, including 750 breeding females.

The total number of Iberian lynxes observed last year in Spain and Portugal was just over 1,100, mostly living in Andalusian provinces in southern Spain.