'I think of speeches by Hitler', says Pope when politicians rage against homosexuals, gypsies and Jews 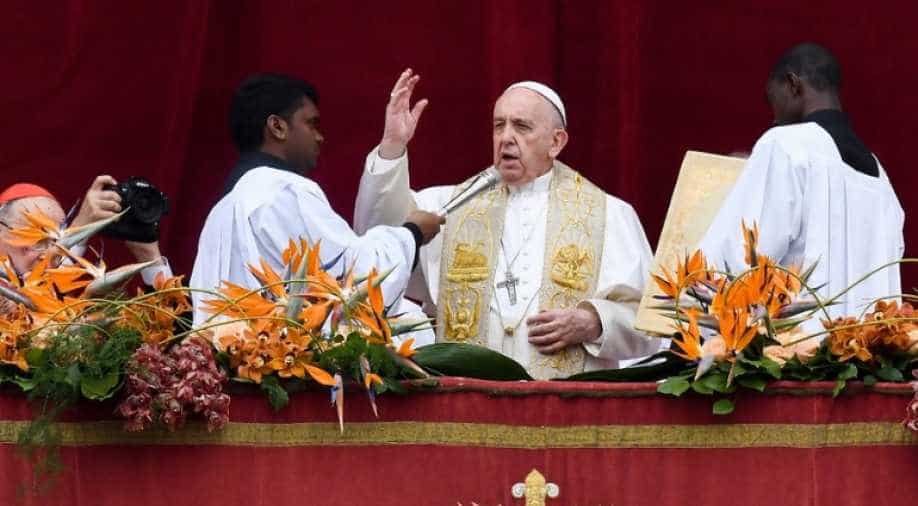 'It is not coincidental that at times there is a resurgence of symbols typical of Nazism,' Francis said in an address to participants of an international conference on criminal law.

Pope Francis said on Friday politicians who rage against homosexuals, gypsies and Jews remind him of Hitler.

"It is not coincidental that at times there is a resurgence of symbols typical of Nazism," Francis said in an address to participants of an international conference on criminal law.

"And I must confess to you that when I hear a speech (by) someone responsible for order or for a government, I think of speeches by Hitler in 1934, 1936," he said, departing from his prepared address.

"With the persecution of Jews, gypsies, and people with homosexual tendencies, today these actions are typical (and) represent 'par excellence' culture of waste and hate. That is what was done in those days and today it is happening again."

During the 1933-45 Nazi regime in Germany, six million Jews were killed and homosexuals and gypsies were among those sent to extermination camps.

Pope Francis did not name any politicians or countries as the targets of his criticism.

In Brazil, President Jair Bolsonaro had a history of making homophobic, racist and sexist public remarks before he took office on Jan. 1. He told one interviewer he would rather have a dead son than a gay son.

In May, Brunei’s Sultan Hassanal Bolkiah extended a moratorium on the death penalty to incoming legislation prohibiting gay sex, seeking to temper a global backlash led by celebrities such as George Clooney and Elton John.

The United Nations had warned Brunei it would be violating human rights by implementing Islamic laws that would allow death by stoning for adultery and homosexuality.

In recent weeks, Pope Francis has also denounced a resurgence of anti-Semitism in Europe.

On Wednesday, in improvised remarks at his general audience, he said: "Today the habit of persecuting Jews is beginning to be reborn. Brothers and sisters: this is neither human nor Christian; the Jews are our brothers and sisters and must not be persecuted! Understood?"

Last week, a Vatican cardinal said he was "disgusted" by anti-Semitic abuse directed at an 89-year-old Italian senator and Holocaust survivor, who was given police protection after receiving death threats.

In July, a European Union study said young Jewish Europeans experience more anti-Semitism than their parents, with a rise in abuse coming in emails, text messages and social media postings.

More than 80% of Jews of all ages said they felt anti-Semitism had increased on the Internet over the past five years and around 70% said they faced more hostility in public, the study found.