I am sure the people of Bolivia are crying for me: Morales 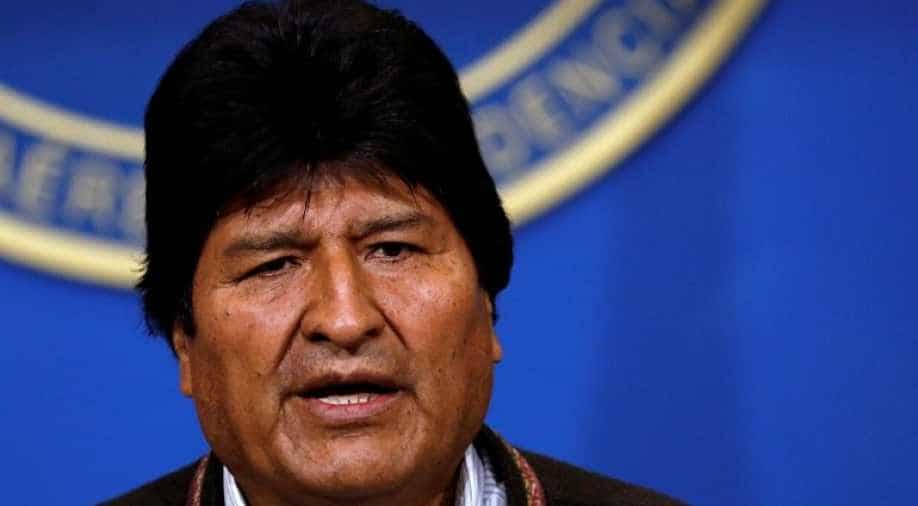 Morales fled the country in December after the army withdrew its support for him during violent protests over his disputed re-election to a fourth straight term.

Exiled former Bolivian president Evo Morales said in an interview published Sunday that he wants to return home and run for senator in May elections.

Morales fled the country in December after the army withdrew its support for him during violent protests over his disputed re-election to a fourth straight term.

He now lives in Argentina, and said he would like to go home, even though a warrant exists for his arrest.

Morales, Bolivia's first indigenous president, was in power for almost 14 years. But he is now barred from standing as a presidential candidate in the May ballot.

In an interview with the Chilean newspaper La Tercera, Morales said that the night he left Bolivia, heading first to Mexico, he carried with him a suitcase with some clothes, a bit of food and two or three thousand dollars.

He said his replacement by acting president Jeanine Anez amounted to a putsch.

"What we lost with the coup we will recover on May 3 in democracy," Morales was quoted as saying.

He said he will run for a seat in the Senate and declared himself a "victim of the United States" empire.

Morales added he would like to go back to Bolivia despite the probes launched against him following the release of an audio tape in which he allegedly calls on supporters to cut off food supplies to cities.

"We are assessing this. Who would not like to return?" Morales said. "I am sure the people of Bolivia are crying for me to return."

Also Sunday, a judge in Bolivia ordered six months of preventive detention to Morales's legal representative handling his nomination process to stand as a legislator in the May ballot.

She was arrested Friday on charges of sedition, terrorism and financing of terrorism.

The presidential candidate for Morales's Movement for Socialism, former economy minister Luis Arce, returned to Bolivia last Tuesday and was immediately served with a subpoena.

He is accused of a breach of duties and embezzlement during his ministerial tenure.