Hundreds search in Malaysia for missing teen despite the major holiday 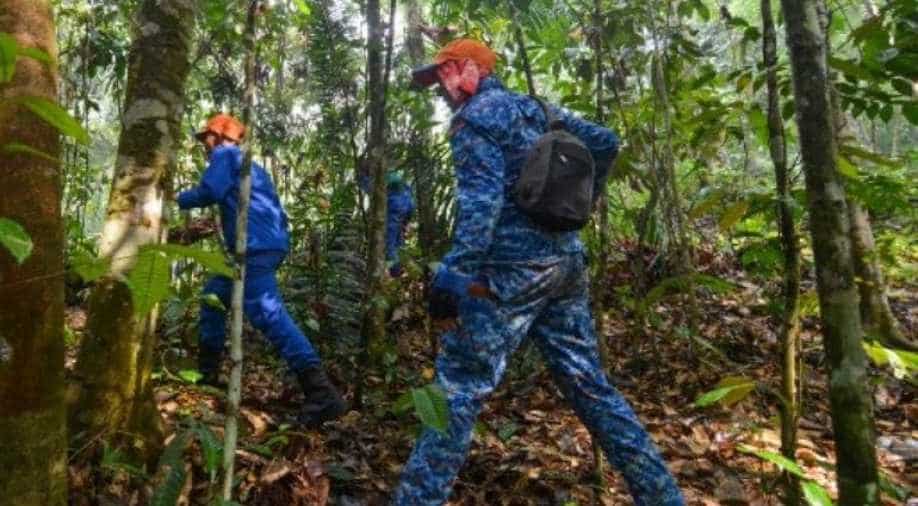 Members of a rescue team continue to search for the missing 15-year-old Franco-Irish teenager Nora Quoirin in Seremban. Photograph:( AFP )

Nora Quoirin, a 15-year-old with learning difficulties, disappeared on August 4, a day after checking into the resort with her London-based family.

A hunt for a Franco-Irish teen who disappeared from a Malaysian resort stretched into a second week Sunday, with hundreds of people scouring the jungle despite it being a major Muslim holiday.

Nora Quoirin, a 15-year-old with learning difficulties, disappeared on August 4, a day after checking into the resort with her London-based family.

They believe she was abducted, but police have classified it as a missing person case.

Even as millions celebrated the Eid al-Adha festival in the Muslim-majority country, a search team almost 300 strong trekked through the dense jungle near the resort in southwest Malaysia in an increasingly desperate hunt.

The search team includes helicopters, sniffer dogs and drones, but no trace of the teenager has been found so far.

Officials narrowed the search area over the weekend as they believe that the teen cannot have strayed far from the resort, and have also been playing a recording of her mother's voice through megaphones.

On Sunday police launched a new hotline number for the public to report any information about her.

The schoolgirl went missing from the 12-acre (five-hectare) Dusun Resort, which lies near a forest reserve not far from Kuala Lumpur, in the foothills of a mountain range.

Her family says it would be extremely unusual for the reserved youngster to have wandered off on her own.

While officially treating it as a missing person case, police say they have not ruled out other possibilities.

An open window was found in the cottage where the family was staying at the resort.

Police have questioned several people, are examining fingerprints found on a window, and looking into reports that villagers heard a truck early on the morning that the girl disappeared.