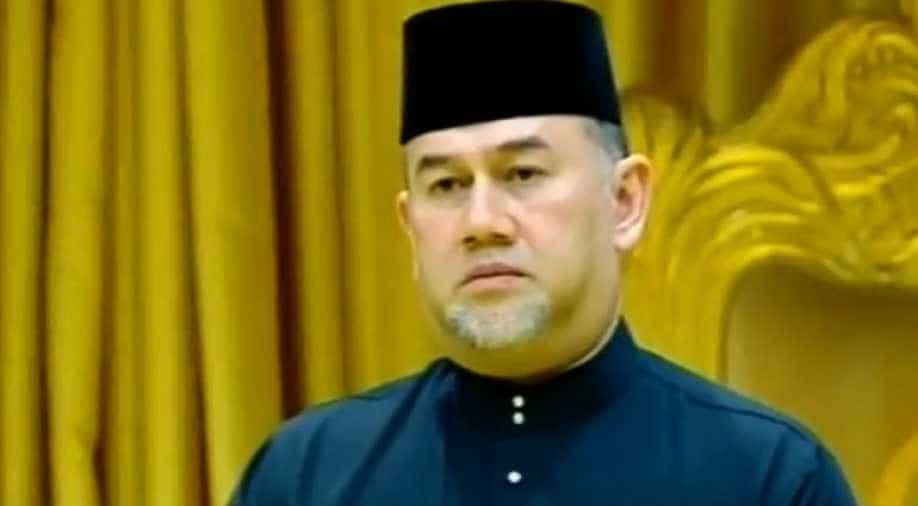 The sultan "has irrevocably divorced Ms Rihana Oxana Gorbatenko on 22 June 2019 by three talaqs in accordance with Syariah laws", said a statement from his Singapore-based lawyer, Koh Tien Hua

Malaysia's former king has divorced a Russian ex-beauty queen just months after news of their wedding emerged and he abdicated in a first for the country, his lawyer said.

The former Miss Moscow, however, says she is still married to Sultan Muhammad V, and has continued to post pictures of the couple on social media.

The sultan stepped aside as Malaysia's monarch in January after just two years on the throne when reports of the marriage surfaced last year while he was officially on medical leave.

His abdication was the first by a monarch in the Muslim-majority country's history.

The sultan "has irrevocably divorced Ms Rihana Oxana Gorbatenko on 22 June 2019 by three talaqs in accordance with Syariah laws", said a statement from his Singapore-based lawyer, Koh Tien Hua.

"Triple talaq" is the practice which sees a Muslim man end his marriage by saying "talaq" ("you are divorced") in Arabic three times.

An Islamic court in the northeastern Malaysian state of Kelantan, where Muhammad is still the sultan, had issued a divorce certificate, the lawyer said earlier this week.

But the former beauty queen denied knowing about the separation, telling news portal Malaysiakini: "I have never heard of any divorce statements made directly to me".

She has continued to post pictures on Instagram with the sultan and of a son she gave birth to in May.

Lawyer Koh told Singapore's Straits Times newspaper there was "no objective evidence as yet as to the biological father of the child".

After Muhammad's abdication, Sultan Abdullah Sultan Ahmad Shah -- a keen athlete who holds a string of positions on sporting bodies -- was chosen as Malaysia's new king during a special meeting of the country's Islamic royalty.

Malaysia is a constitutional monarchy with a unique arrangement where the national throne changes hands every five years between the Islamic royal rulers of the country's nine states.