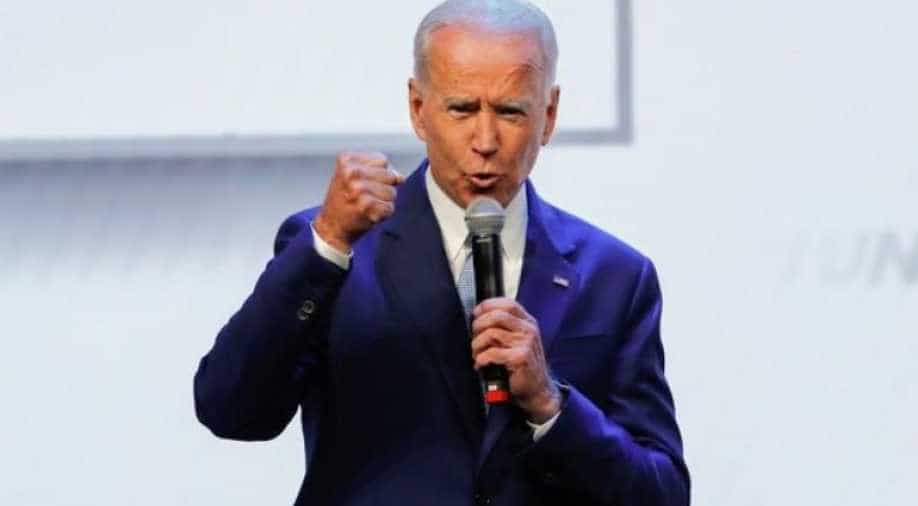 Bush’s office has been informed about the group, but the former president is not involved and has not indicated if he approves of its aims.

Bush was the country’s 43rd president.

According to Reuters, the officials, including Cabinet secretaries and other senior people in the Bush administration, have formed a political action committee - 43 Alumni for Biden - to support the former vice president in his November 3 race -- the latest Republican-led group coming out to oppose the re-election of Donald Trump.

It is often said Trump has alienated some in his own party, most recently with his response to the coronavirus pandemic and nationwide protests over racial injustice and police brutality against Black Americans.

The Super PAC will launch on Wednesday with a website and Facebook page. It plans to release “testimonial videos” praising Biden from high-profile Republicans and will hold get-out-the-vote efforts in the most competitive states.

Bush’s office has been informed about the group, but the former president is not involved and has not indicated if he approves of its aims.

Freddy Ford, a spokesman for Bush, said Bush had retired “and won’t be wading into this election.”

Bush, who is still admired by many moderate Republicans, won praise for saying the May 25 death in Minneapolis of George Floyd, an unarmed Black man, in police custody reflected a “shocking failure”, and urged that protesters be heard.

Earlier, he released a video calling for Americans to unite in the face of the pandemic.

Despite policy differences with Biden, “hundreds” of former Bush officials believe the Democrat has the integrity to meet America’s challenges, the 43 Alumni members said.

As a Super PAC, the group’s members are forbidden by law from working with or communicating with the Biden campaign, but can raise unlimited amounts of money and run ads or hold events to support the candidate.

Dozens of Republican former national security officials are set to back Biden, claiming that Trump is a threat to US security, people involved in the effort told Reuters.

Other Republican groups opposing his re-election include the Lincoln Project, co-founded by George Conway, husband of Trump counselor Kellyanne Conway.

Trump has also drawn sharp criticism from retired military leaders over his apparent attempts to involve the armed forces in efforts to quell the anti-racism protests.

Trump has expressed contempt for Republican and conservative figures who oppose him, saying on Twitter that “Never Trumper” Republicans are “human scum.”