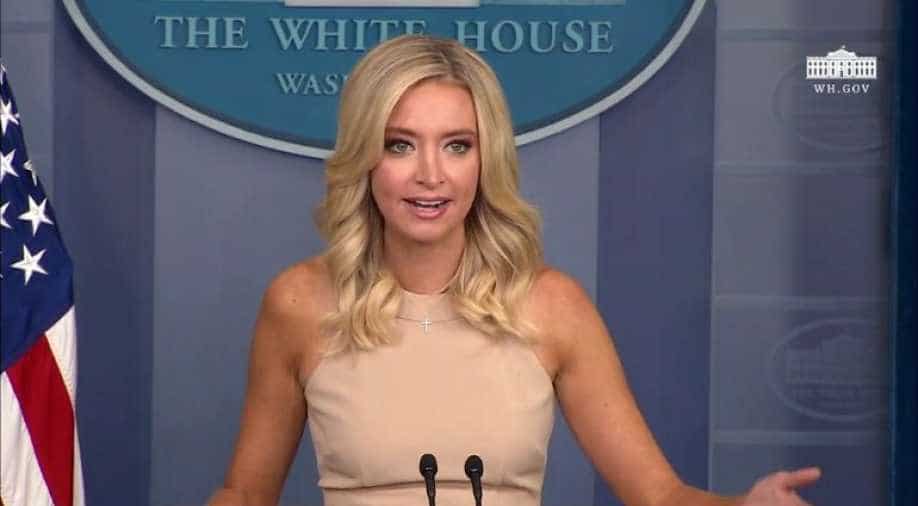 Kayleigh made the statement in response to backlash Trump has received over his professed ignorance of an alleged Russian program to pay the Taliban bounties for killing US troops.

People made fun of White House press secretary Kayleigh McEnany after she said that although Trump ''does not read'' he is the ''most informed person on planet Earth when it comes to facing threats''.

Kayleigh made the statement in response to backlash Trump has received over his professed ignorance of an alleged Russian program to pay the Taliban bounties for killing US troops.

Kayleigh was trolled by Twiiter users who were skeptical of the defense of Trump.

So yesterday they said "The President hasn't been briefed" on the bounties and today they're saying "He's the most informed person on matters of national security."

I’m pretty sure that “Consuming intelligence verbally” can cause high blood pressure and other secondary infections. Check with your doctor before beginning a course of “verbal intelligence.” https://t.co/UHEIJMFBlH

Nothing hammers home the WH talking point that Joe Biden is old and confused quite like insisting that their guy knows how to read. https://t.co/TYwXdWOCvy

How can she not burst out laughing when she says that "Donald Trump is the most informed person on Earth". https://t.co/ydLwWSGFqU

The New York Times, citing two unnamed officials, reported the president had received a written briefing about the bounties at the end of February, undercutting his assertion that he was not told of the threat.

Democrats demanded more information from intelligence officials earlier Tuesday, as questions have been raised about Trump's degree of involvement with sensitive files and the attention he pays to the confidential documents sent to him.

The White House said Monday the claim had been kept from Trump because the intelligence underpinning it was unverified.