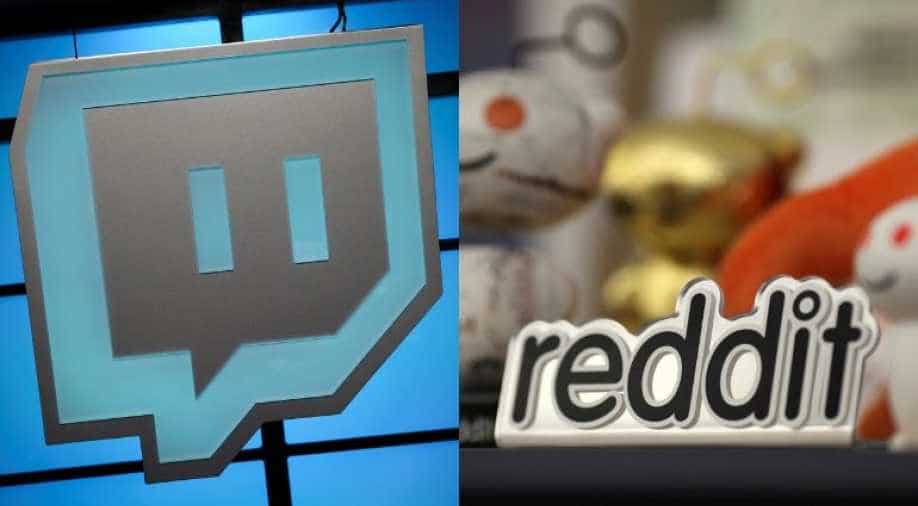 The move comes with online platforms facing pressure to crack down on hateful content, including from the president, amid a broad movement to address racial equity in the wake of police killings of African-Americans.

Reddit Chief Executive Steve Huffman said in a post detailing changes to the company's content policies that communities and users promoting hate would be barred. Reddit was banning about 2,000 subreddits, the majority of which were inactive, he said.

"r/The_Donald" was among some 2,000 forums or "subreddits" banned as tightening of rules at the news-focused social website, Reddit said.

"Hateful conduct is not allowed on Twitch," a spokesperson said.

"We do not make exceptions for political or newsworthy content, and will take action on content reported to us that violates our rules."

Twitch said the offending comments aired on the channel included Trump's remarks from 2015 saying that Mexicans coming into the United States were "bringing drugs," "bringing crime" and were "rapists."

Also cited were his statements from a recent Tulsa rally that "a very tough hombre is breaking into the window of a young woman whose husband is away."

In response to the actions by Reddit and Twitch, a Trump campaign spokesman directed people to Trump's campaign app "to hear directly from the president." He did not directly address the sites' actions.

The move comes with online platforms facing pressure to crack down on hateful content, including from the president, amid a broad movement to address racial equity in the wake of police killings of African-Americans.

Trump has complained that Silicon Valley platforms are biased against conservatives, despite his own large social media following.

Reddit last year "quarantined" the pro-Trump forum for promoting violence and on Monday removed it.

The new list of banned subreddits also included the left-wing r/ChapoTrapHouse, which Huffman said consistently hosted rule-breaking content. It had an average of 42,949 daily active users, according to Reddit.

Reddit's list showed r/The_Donald had an average of 7,780 daily active users, down from its heyday around the 2016 presidential election when it regularly drew hundreds of thousands of visitors each day.

Only about 200 of the banned forums listed by Reddit had more than 10 daily users.