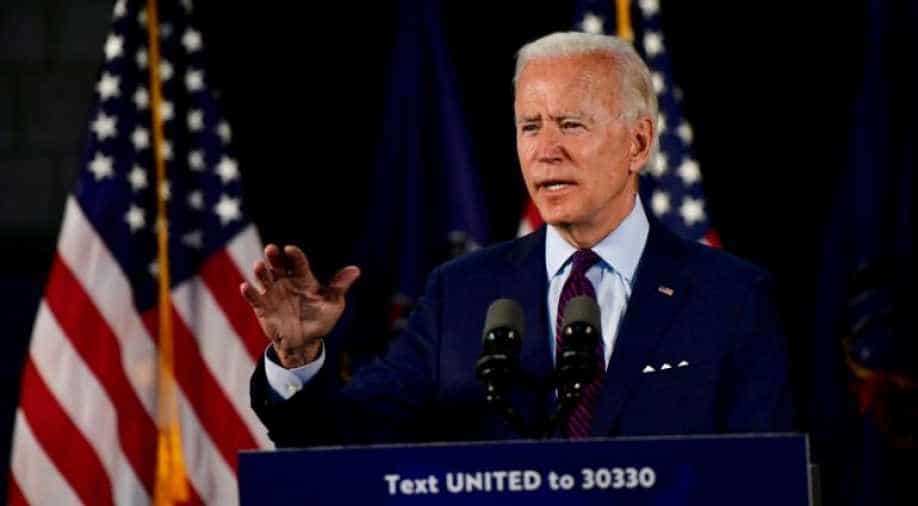 The White House has said Trump did not receive a personal briefing on intelligence about the alleged Russian program.

Democratic presidential candidate Joe Biden on Tuesday criticized President Donald Trump's handling of a reported Russian effort to pay the Taliban to kill American troops in Afghanistan, saying his actions were a "dereliction of duty."

The White House has said Trump did not receive a personal briefing on intelligence about the alleged Russian program.

White House press secretary Kayleigh McEnany defended Trump during a press briefing by saying "he is constantly being informed and briefed on intelligence matters.''

Biden spoke at a high school in Wilmington, Delaware, where he took questions from reporters for the first time in months after delivering a speech attacking Trump's handling of the coronavirus pandemic.

"He doesn't seem to be cognitively aware of what's going on," Biden said, throwing one of Trump's criticisms of the Democrat back at him and previewing the sparring that could take place at their debates.

He also launched a fresh attack on President Donald Trump's "historic mismanagement" of the coronavirus pandemic as the number of confirmed cases in many states rises.

Biden argued that earlier action by Trump would have reduced the number who fell ill and the economic impact of the virus.

He released an updated plan to tackle the pandemic, which would include more COVID-19 testing and hiring at least 100,000 contract tracers.

He predicted that the coronavirus outbreak would likely worsen with the onset of the flu season, and said preparations should include more flu vaccines.

Biden said that, if elected, he would ask the federal government's top disease expert, Dr. Anthony Fauci, to serve another term.

The Republican president trails Biden in opinion polls ahead of the November 3 election amid the pandemic's health and economic crises, and nationwide protests against police brutality.