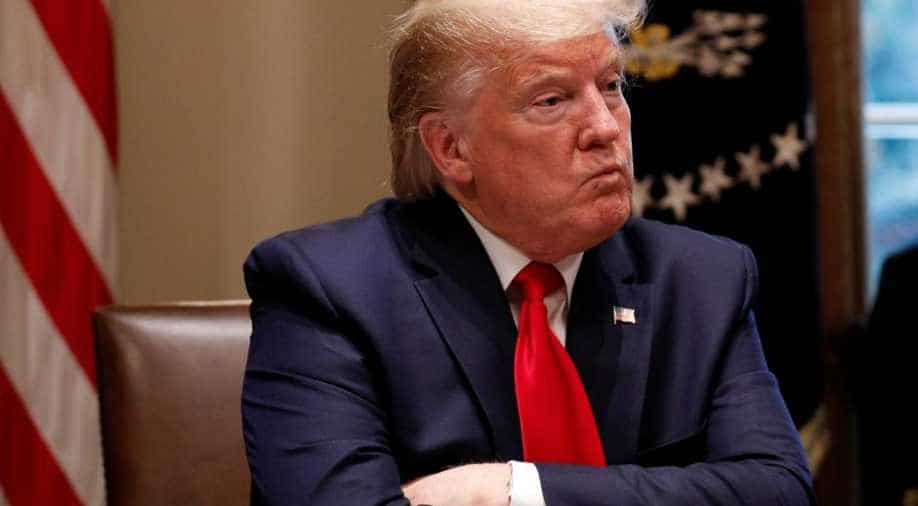 In a pair of early morning tweets, Trump angrily slammed the report by The New York Times as "Probably just another phony Times hit job, just like their failed Russia Hoax."

United States President Donald Trump has said he was not briefed on intelligence that reportedly showed Russia had offered bounties to Taliban-linked militants for killing US soldiers in Afghanistan.

In a pair of early morning tweets, Trump angrily slammed the report by The New York Times as "Probably just another phony Times hit job, just like their failed Russia Hoax."

"Nobody briefed or told me, @VP Pence, or Chief of Staff @MarkMeadows about the so-called attacks on our troops in Afghanistan by Russians, as reported through an 'anonymous source' by the Fake News @nytimes," he wrote.

The Fake News @ nytimes must reveal its “anonymous” source. Bet they can’t do it, this “person” probably does not even exist! https://t.co/pdg4AjybOG

"Everybody is denying it & there have not been many attacks on us...."

"Nobody's been tougher on Russia than the Trump Administration."

NYT on Friday reported that US intelligence had concluded that a Russian military intelligence unit offered rewards to Taliban-linked militants to kill troops of the US-led coalition in Afghanistan.

The rewards were purportedly incentives to target US forces as Trump tries to withdraw troops from the conflict-torn country -- one of the militants' key demands -- and end America's longest war.

The newspaper even cited anonymous officials, and said Trump was briefed on the findings in March, but has not decided how to respond.

White House press secretary Kayleigh McEnany on Saturday issued a denial similar to Trump's but left open the possibility that such intelligence existed.

The Taliban have also denied the report, reiterating that they were committed to an accord signed with Washington in February that paves the way for withdrawing all foreign forces from Afghanistan by next year.

The militants also said homemade explosives account for most fatalities among US forces.

The group, widely believed to have received years of support from Pakistani intelligence, also denied previous US accusations it was given arms by Russia.

Russia has also denounced the report, with its embassy in Washington tweeting that the "baseless and anonymous accusations" in the Times story had "already led to direct threats to the life of employees" at its embassies in Washington and London.

According to the newspaper, the Taliban operation was led by Unit 29155, an arm of Russia's military intelligence agency GRU, which has been blamed in numerous international incidents including a 2018 chemical weapons attack in Britain that nearly killed Russian-born double agent Sergei Skripal.