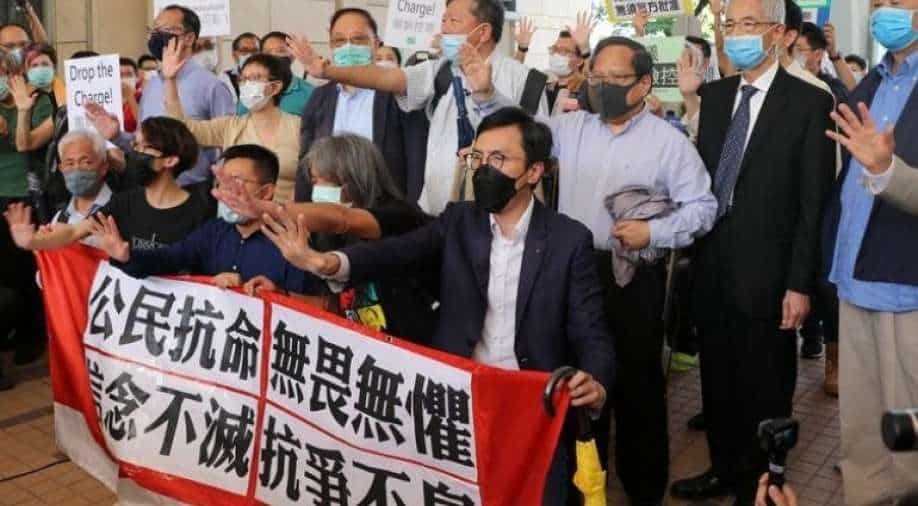 Nine veteran Hong Kong activists went to trial on Tuesday for allegedly organising one of the biggest pro-democracy protests in 2019.

Of these nine activists is also Martin Lee, the 82-year-old barrister who had once been chosen by China to help draft Hong Kong's mini-constitution. The list also involves Margaret Ng, a 73-year-old barrister and the famous media tycoon Jimmy Lai who is already in police custody under the controversial national security law. there are also several other leading members of the Civil Human Rights Front (CHRF) in this list.

The activists are being charged with inciting violence in Hong Kong by organising pro-democracy protests in 2019 when the new and controversial national security law was introduced by China.

This protest was termed as one of the largest gatherings in the last few years with a turnout of nearly 1.7 million people on August 18, 2019, equipped with umbrellas as a sign of protest. The gathering was declared as an unauthorised assembly by the authorities.

If convicted, the nine activists may face up to five years in jail.

However, the activists still stood by their ideologies and belief. Many of them flashed a three-finger salute — a popular sign of protest across the Asian countries now — as they entered the court.

Some of the activists, meanwhile, stood behind a banner that read, "Peaceful assembly is not a crime, shame on political persecution."

The trial is supposed to continue for nearly ten days, with Tuesday being the day one. During Tuesday's court, except for two defendants, all other activists have pleaded 'not guilty'. Former CHRF convenor Au Nok-hin pleaded guilty to two charges of organising and taking part in an unlawful assembly while former lawmaker Leung Yiu-chung pleaded guilty to taking part in the march but not guilty to organising it.

Meanwhile, the prosecutors are accusing the group of defying instructions from the police departments and encouraging locals to march on Hong Kong streets, leading to disruption of traffic, day-to-day lives and inciting violence.