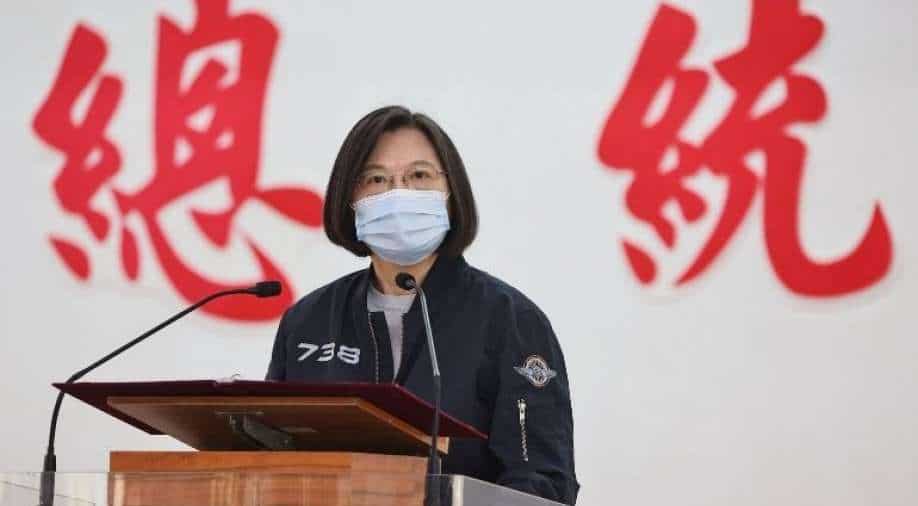 Taiwan President Tsai Ing-wen on Wednesday told Hong Kongers that while democracy is not perfect it is humankind's best system and they should keep the faith.

Democratic Taiwan has become a safe haven for many Hong Kongers who have fled the Chinese-run city in the face of a mounting crackdown on dissent after Beijing unveiled a new tough security law last year following months of protests.

Tsai and her government have offered strong support for the protesters, to the fury of Beijing, which considers Taiwan its own territory and has denounced the island for encouraging violence and criminality.

In a message a day before Thursday's Lunar New Year eve, which starts the most important holiday in the Chinese-speaking world, Tsai expressed thanks to the "many friends who speak Cantonese" who follow her Facebook page, the language being Hong Kong's most widely spoken.

"Please believe that although the democratic system is perhaps not perfect, it remains to date the best system for human society. Please keep the faith and don't give up," she said in Mandarin, before switching to Cantonese to say "happy new year".

On Tuesday, Tsai also expressed her best wishes to China for the new year but said she would not yield to Chinese pressure and reiterated a call for dialogue to resume with Beijing.

However, China again rebuffed her, saying their current tensions were all Taiwan's fault.

China has increased its military activity around the island in recent months, responding to what Beijing calls "collusion" between Taipei and Washington, Taiwan's most important international backer.