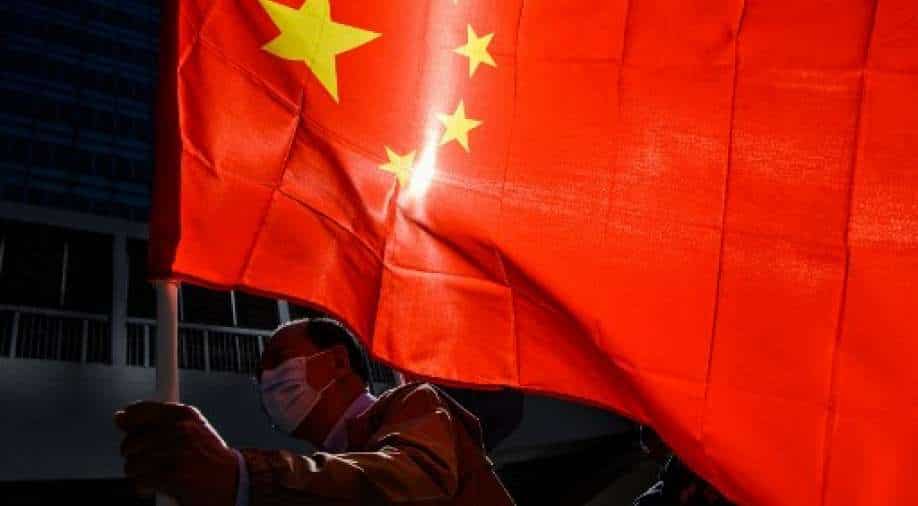 Hundreds of politicians hand out leaflets in the tropical heat. Posters remind residents of voter registration deadlines. During a preliminary ballot Sunday, the government touted a record 90 per cent turnout rate

As far as the trappings of a healthy democracy go, Hong Kong’s upcoming legislative election has them all.

Hundreds of politicians hand out leaflets in the tropical heat. Posters remind residents of voter registration deadlines. During a preliminary ballot Sunday, the government touted a record 90 per cent turnout rate.

All the ingredients are there — except one: any uncertainty about the outcome.

The legislative election, set for December, is the first since the Chinese government ordered sweeping changes to Hong Kong’s election system to ensure its favored candidates win. Some opposition groups have pledged to boycott in protest, and the largest of them, the Democratic Party, will decide this weekend whether to follow.

But Hong Kong officials have warned that a boycott could violate the city’s expansive national security law. After all, an election doesn’t look valid if the opposition doesn’t show up.

Welcome to elections in Hong Kong now: not so much exercises in democracy as the vigorous performance of it.

“They want to continue to give the illusion that they respect the Basic Law,” said Jean-Pierre Cabestan, a professor of Chinese politics at Hong Kong Baptist University. The law is Hong Kong’s mini-constitution, which promises the city, a former British colony, certain political rights under Chinese rule. “That’s the best way to legitimize their rule.”

Hong Kong’s elections have never been fully free, with rules that favored Beijing’s allies even before this spring’s overhaul. Even so, the opposition had long managed to win at least some influence on government policy, and polls had consistently shown that it had the majority of the public’s support. In late 2019, months of fierce anti-government protests helped fuel an unprecedented landslide victory by pro-democracy candidates in local elections.

The Chinese Communist Party was determined not to see a repeat. After imposing the security law last summer to crush the protests, it quickly followed up with election changes that allowed only government-approved “patriots” to hold office. In addition, the general public will now be allowed to choose just 20 of 90 legislators. Most of the rest will be chosen by the electors picked last Sunday — all but one aligned with the authorities.

Yet the party, intent on preserving Hong Kong’s status as a global financial center, has fervently denied international accusations that it is reneging on the pledges it made upon Hong Kong’s return to China in 1997. Hence officials’ determination to make the elections look as credible as possible — even if that requires intimidating the opposition into running.

One senior official has suggested that boycotting the elections would be a statement of rebellion. Carrie Lam, the city’s chief executive, said last month that it would be “strange” for a party not to run.

“If there is a political party with many members, but it does not discuss or participate in politics, then we might need to question the value of its existence,” she told reporters.

The government has also made it illegal to encourage others to cast protest ballots.

Regardless of what the Democratic Party decides, this past Sunday’s preliminary vote has already offered a preview of what Hong Kong elections may look like in the future.

The purpose of the vote was to form an Election Committee, a group of 1,500 that under Beijing’s new rules will select many legislators as well as Hong Kong’s next top leader. According to the government, the committee is a diverse microcosm of Hong Kong society.

But fewer than 8,000 residents — 0.1% of the population — were eligible to vote in the Election Committee poll, all drawn from a list approved by Beijing.

All the candidates had to be screened by a government panel for loyalty. No major opposition groups fielded candidates, citing the futility given the hand-picked electorate. (In addition, many of the opposition’s leaders have been arrested, are in exile or have been disqualified from holding government posts.)

Even the few residents who did have a vote had limited say. Of the Election Committee’s 1,500 seats, three-quarters were uncontested or set aside for designated government allies.

None of that stopped officials from declaring the day a paragon of civic participation. “Hong Kong’s elections have always been known for being fair, open, just, clean and honest, and we take pride in that,” Lam said before polls opened.

At times, authorities’ dedication to the veneer of public engagement verged on absurdism.

The weekend before the Election Committee vote, the Central Liaison Office, Beijing’s official arm in Hong Kong, ordered the ranks of the city’s billionaire tycoons to staff street booths and extol the virtues of the new election system.

Virtually all the tycoons were running uncontested or guaranteed appointed seats on the committee, in keeping with Beijing’s tradition of political partnerships with the business elite. But the central government wanted residents to feel as if they had earned their positions, said Tam Yiu-Chung, a Hong Kong member of the Chinese legislature’s top committee.

“It was the liaison office that asked us to do this,” Tam said. “Even though we are guaranteed members, we still believe we should tell residents what expectations we have for ourselves, and let them understand us better.”

That was how Pansy Ho, the second-richest woman in Hong Kong, found herself hawking leaflets on a 92-degree day. Raymond Kwok, the billionaire chairman of one of Hong Kong’s largest developers, stayed only a few minutes, enough time to be photographed handing out flyers, before leaving.

Kennedy Wong, a lawyer and member of an advisory body to Beijing, lasted longer — about an hour and a half, he said — at a booth in the working-class neighborhood of North Point. Wong acknowledged that the success of the outreach was questionable.

“I didn’t receive questions on the street during my time there,” he said, adding that passersby either flashed signs of support or “walked past and ignored us.”

On the day of the election, officials touted a 90% turnout rate. Lam said it “reflected the support for the new electoral system.”

But that 90% was not calculated out of the total pool of roughly 8,000 eligible voters; it was of the number of voters in the few contested races. It represented 4,380 of 4,889 voters in that category casting ballots. There were more police deployed to guard polling stations — over 5,000 — than electors.

Still, those who voted professed to be unfazed. In an interview as she left the polling station, Chan Nga Yue said she considered the candidates representative because “many of them are people that we know.”

Even with the few ballots cast, vote counting proved troublesome. The first results were not announced until nine hours after polls closed — for a seat for which 82 votes had been cast. The full results were not finalized for an additional three hours. Officials cited staff errors.

Only one candidate who was not part of the pro-Beijing bloc won a seat. Officials said the victory of Tik Chi-yuen, a self-declared independent, proved that diverse voices were welcome.

But Tik’s election was, in part, pure luck: After tying with two other candidates, he prevailed in a random draw.