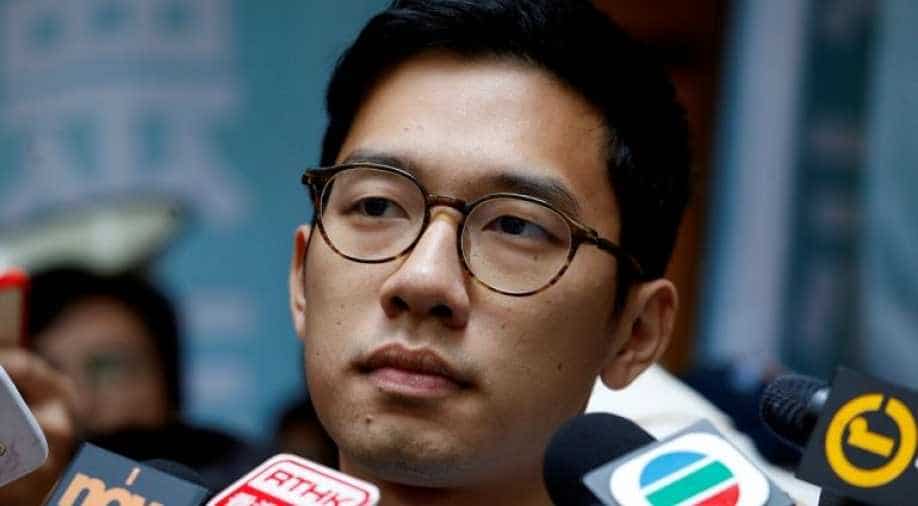 Law was a founding member of Demosisto, a pro-democracy party that disbanded the same day Beijing imposed its new security law on the semi-autonomous business hub.

Hong Kong pro-democracy activist Nathan Law said he had arrived in London after fleeing the former British colony where China has imposed a security law.

"With my backpack and small luggage in hand, I boarded my night flight. I had no idea what future awaited me. Only one thing seemed certain. My destination: London," Law said on Twitter.

"There's always one message I have: Hong Kongers will never give up. We aren't fractured. On the contrary, we're well-equipped to face the next difficult battle."

Law was a founding member of Demosisto, a pro-democracy party that disbanded the same day Beijing imposed its new security law on the semi-autonomous business hub.

The party campaigned for democracy and for Hong Kongers to have a greater say in how the city is run but they did not advocate independence.

Nevertheless, Law and other prominent party members such as former student leader Joshua Wong were vilified by Beijing, often described as "black hands" and separatists who conspired with foreigners to undermine China.

Law and Wong both became household names as student leaders during democracy protests in 2014.

Two days after Beijing's new security law was imposed on the city, Law announced he had left for good but kept his destination secret.