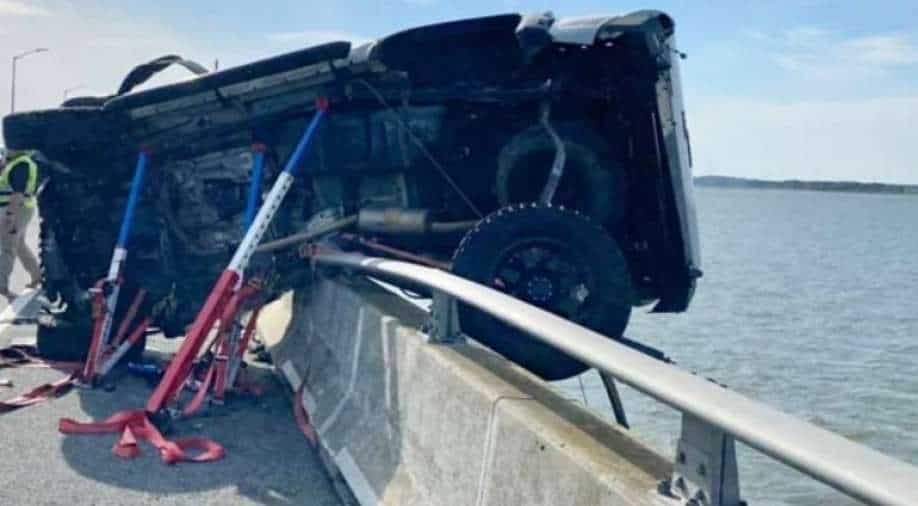 Heroic jump from man into water saves toddler after multivehicle crash Photograph:( Others )

The man, who wishes to remain unnamed, was also involved in the accident

The life of a 23-month-old child could be saved thanks to a heroic jump from a man into a bay in Maryland on Sunday.

Eight people were earlier hospitalised after a multivehicle accident on the Route 90 bridge, authorities said, as reported by CNN.

The accident caused the toddler to fall into the water after the car was "teetering" over a guardrail, the fire department said in a statement.

"A heroic witness jumped from the bridge into the bay and rescued the child," city authorities said in a statement, as reported by NBC News.

The man, who wishes to remain unnamed, was also involved in the accident, Ryan Whittington, firefighter and medic at Ocean City Fire Department, said.

He added that the girl and the man were rescued by boaters in the bay.

The girl was flown to The Johns Hopkins Hospital in Baltimore and reports say that her condition is stable.

Whittington said all eight people who were hospitalised, including the girl, have been discharged and are doing well.

"The real hero in this situation is the good Samaritan that jumped in to provide life-saving measures for the infant. I'd like to shake his hand or buy him a beer or both someday," Rob Korb, a life member of the Ocean City Fire Department and a senior deputy fire marshal in Worcester County, said.