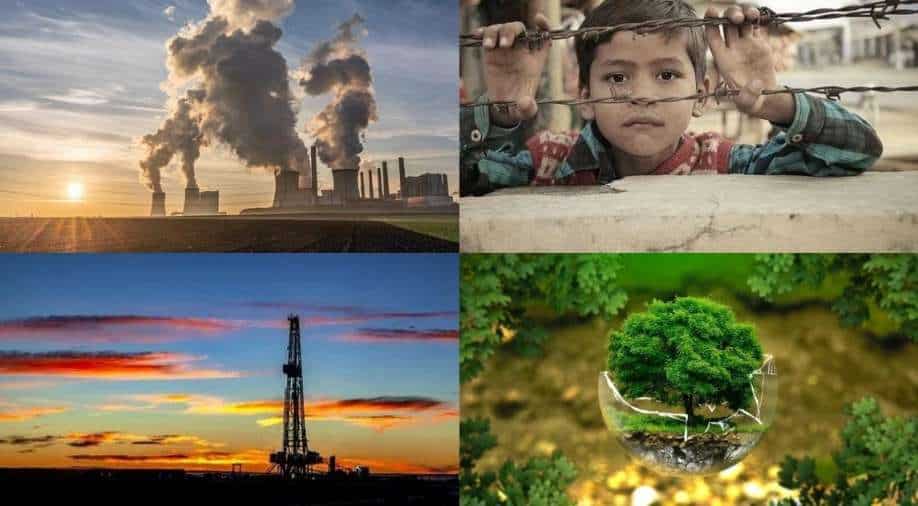 In a United Nations assessment in February dubbed an "atlas of human suffering", experts laid out in devastating detail the past, present and future impacts of climate change on people and the planet they depend on. (Representative Image) Photograph:( Others )

Published recently, the study was carried along with the launch of a new climate movement

People can now help in preventing climate crisis by making certain changes in their lifestyles.

A research from three leading institutions has revealed that people from rich countries can help in preventing climate crisis by making certain lifestyle changes. The study was carried out by researchers at Leeds University.

It was then analysed by experts at the global engineering firm Arup and the C40 group of world cities. Published recently, the study was carried along with the launch of a new climate movement. The aim was to support relatively well off people to sign up to the six pledges.

Also read | Prices of premium perfumes are skyrocketing. Here’s why

Named as 'The Jump', the campaign urges people to take six “shifts” for one, three or six months. Here is a list of changes that the campaign needs:

Tom Bailey, co-founder of the campaign, in a report by The Guardian said, "This ends once and for all the debate about whether citizens can have a role in protecting our earth. We don’t have time to wait for one group to act, we need ‘all action from all actors now’.”

“The research is clear that governments and the private sector have the largest role to play but it is also equally clear from our analysis that individuals and communities can make a huge difference.”