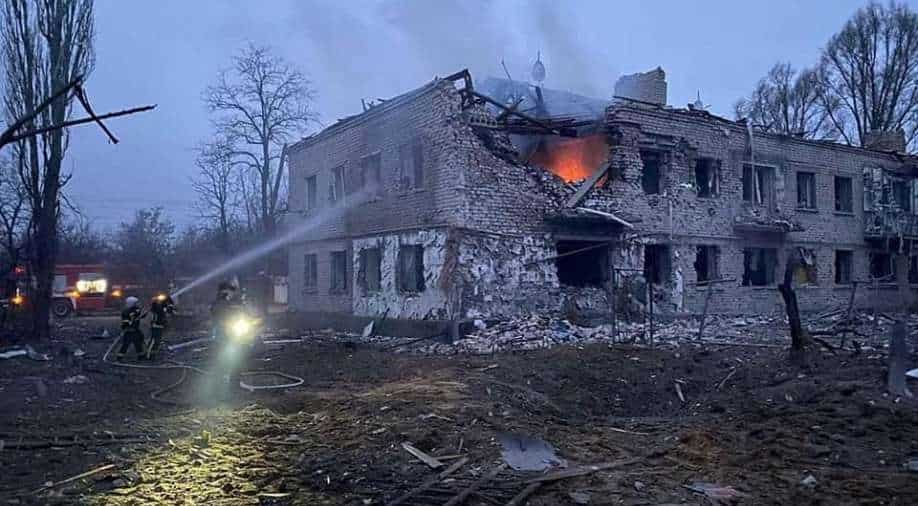 A destroyed building after shelling in the town of Starobilsk in the Luhansk region Photograph:( Reuters )

Amid reports of heavy fighting, Ukraine's Army said its forces were engaged in fighting Russian forces outside capital Kyiv.

As the fighting continued, UK defence minister Wallace said Russia has lost more than 450 personnel. Reports said on Thursday that at least 137 people were killed as President Putin launched an attack on Ukraine early morning.

There were reports of clashes in Kyiv's northern district as Russian forces advanced on the outskirts of Ukraine's capital. Reports claimed there were blasts in the capital's central area as people scrambled to safety.

"Putin's assault on Ukraine is barbaric, unjustified and shows a callous disregard for human life," UK foreign secretary Liz Truss said while adding,"We will continue to hold Putin to account."

Reports claimed the Gostomel airfield near Kyiv was also overrun by Russian paratroopers even as Ukraine President Volodymyr Zelensky said his country has been "left on its own" while warning that Russian "sabotage groups" had entered Kyiv.

As heavy fighting continued around Ukraine's capital, French foreign minister Jean-Yves Le Drian told a radio station that, "Putin has decided to take Ukraine off the map of nations."