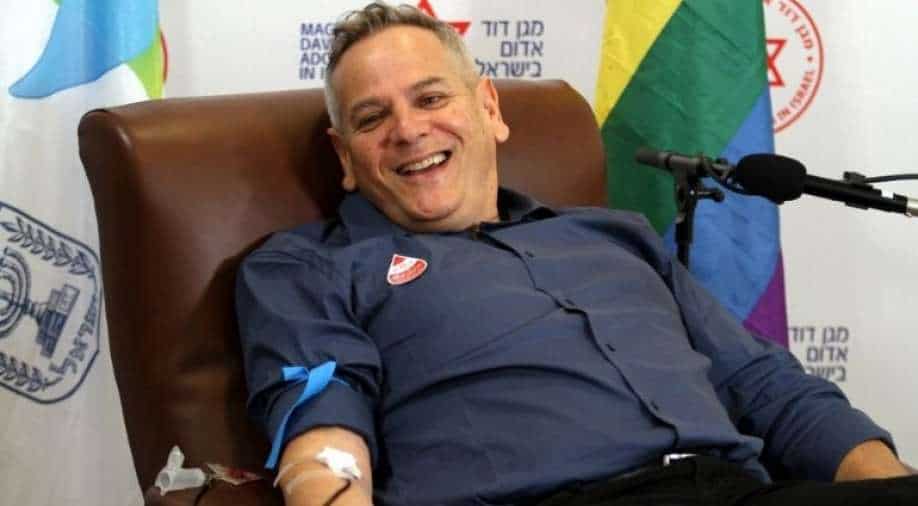 During his blood donation at the Magen David Adom compound he said, ''There is no difference between blood and blood. The ban on gays donating blood was the remnant of a stereotype that should be left in history.''

"Any blood donor seeking to save lives will receive the same treatment, regardless of his gender or sexual orientation," he added.

The country's health ministry had made changes in the forms that need to be filled prior to the process.

"The clause prohibiting receiving blood from a man who had sexual relations with another man (even a permanent partner) will be cancelled," it said.

Questionnaires will instead include a new clause prohibiting donations from people who "had high-risk sexual relations with a new partner or multiple partners" for three months.

According to Magen David Adom, Israel's national medical first responders, another option is to have plasma from their blood frozen for four months to ensure the lack of "transmittable diseases."

A recent health ministry report said that in 2020 there were 361 HIV-positive people in Israel, five percent fewer than the previous year.

The Association for LGBTQ Equality in Israel had praised the decision as a "historic move for the proud community and the Israeli society on its way to equality".

"The blood of hundreds of thousands of citizens is not second class," the association said in a statement.

Israel is the most liberal country for LGBT+ rights in the Middle East and one of a handful, along with Jordan and Bahrain, where same-sex relations are legal.