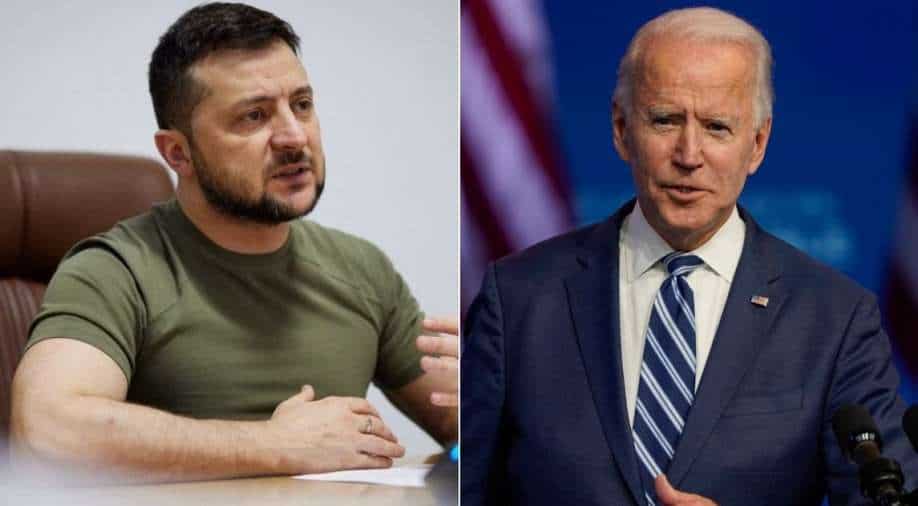 Ukrainian President Volodymyr Zelensky, in an interview, asked United States President Joe Biden to visit the war-torn nation and witness the destruction caused by Russian forces. Zelensky stated that the visit will be good for Biden to do it as a leader of the US.

In an interview with CNN that aired Sunday (April 17), Zelensky was asked about Biden's plans to visit Ukraine. The Ukrainian President said, "I think he will. I mean, it's his decision, of course."

"And about the safety situation, it depends. I mean that. But I think he's the leader of the United States, and that's why he should come here to see," Zelensky added.

Meanwhile, important to note that the US has already weighed in on the reports and Biden's speculative plans to visit Ukraine. US national security adviser Jake Sullivan said on April 10 that Biden has "no plans" to visit Ukraine.

Sullivan had told NBC, "President Biden doesn't currently have any plans to travel to Kyiv. But I will tell you he sits in the Oval Office and in the Situation Room on a daily basis, organising and coordinating the world when it comes to the delivery of weapons."

ALSO READ | 'City still has not fallen': Mariupol may be a red line in talks, says Ukraine

Recently, British Prime Minister Boris Johnson visited Kyiv and met with Zelensky. The meeting had come as a surprise to the world. After his visit, many speculated that other leaders might also visit Ukraine.

Johnson's extremely crucial visit to Ukraine was revealed to the world when the photos of the British PM walking on the streets of the Ukrainian capital were published. It was not announced earlier.

A Downing Street spokesman had said: "The prime minister has travelled to Ukraine to meet President Zelensky in person, in a show of solidarity with the Ukrainian people."