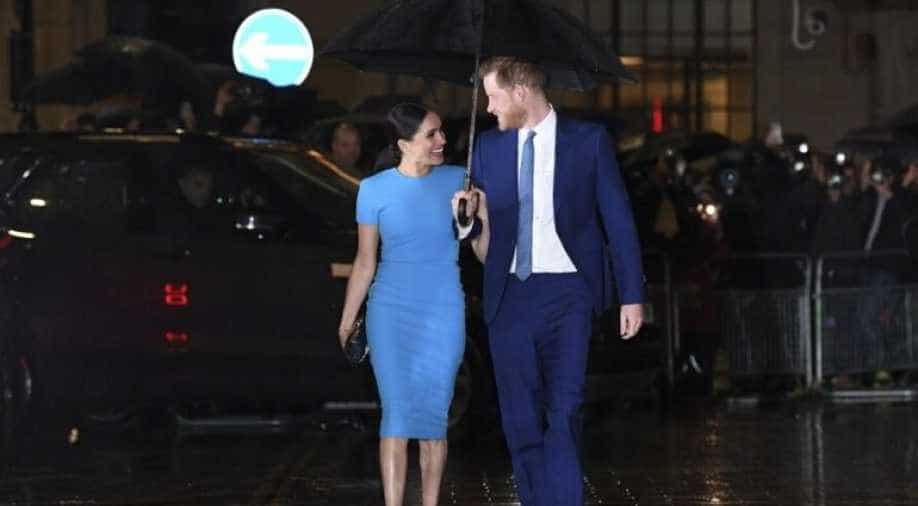 For several months, they were living on Vancouver Island in Canada with their son Archie

Prince Harry and Meghan Markle have left Canada for the United States.

As announced a few weeks ago, the couple no longer bears Royal titles and are expected to live independently.

After this startling revelation, the couple quickly moved to Canada, where they received security cover from the Canadian government, but only for a while.

However, Trump has his qualms about this.Taking to Twitter recently, the US President claimed that he was a great admirer of the United Kingdom and the Queen. However, Harry and Meghan would have to pay for their own security cover. “US will not pay for their security protection. They must pay!”, Trump asserted.

I am a great friend and admirer of the Queen & the United Kingdom. It was reported that Harry and Meghan, who left the Kingdom, would reside permanently in Canada. Now they have left Canada for the U.S. however, the U.S. will not pay for their security protection. They must pay!

The spokesperson for the couple responded to Trump’s statement, Reuters reported. Turns out, the couple has no plans to seek security cover from the US.

Reportedly, they are relocating to Los Angeles in the west-coast state of California.

A spokeswoman for the couple said later in a statement: "The Duke and Duchess of Sussex have no plans to ask the US government for security resources. Privately funded security arrangements have been made."

Meghan Markle had openly criticised Trump during his 2016 election campaign. She had allegedly referred to him as misogynistic and divisive.

In January, the couple had announced plans to retire from the Royal family to escape media scrutiny.

For several months, they were living on Vancouver Island in Canada with their son Archie.

Recently, the couple boarded a private plane to Los Angeles. The coronavirus pandemic has infected thousands in the US. Canada and the US have closed their borders and have limited travel to essential services only.

Los Angeles is not new for at least Markle, who grew up in the area with her mother Doria. The Walt Disney Co had claimed last week that Meghan Markle was the voice behind a nature documentary all set to release on Disney+ this Friday.

Even Canada, which had provided security to the couple earlier, had later claimed that once they rid themselves of the titles, the security cover would be withdrawn too.

London Metropolitan Police and The Royal Canadian Mounted Police have been working together to ensure the safety of the royal couple.