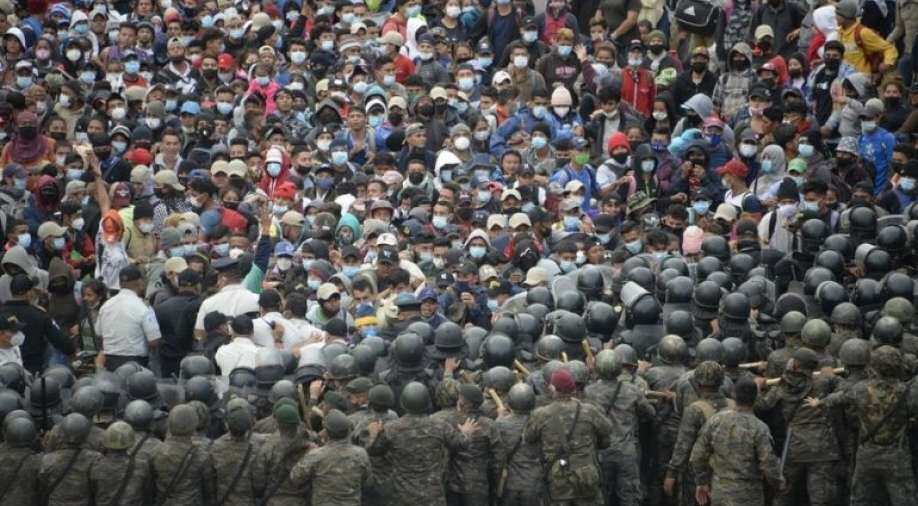 The deafening explosions of gas and smoke cannisters caused thousands of the migrants to turn back, while others fled into nearby mountains

Guatemalan police fired tear gas Sunday to disperse thousands of migrants headed for the United States on foot, and soldiers beat back a group that tried to push through barriers, AFP journalists witnessed.

Security forces surrounded the migrant caravan on a road in the town of Vado Hondo, near the border with Honduras where they came from, and fired tear gas.

Police say at least 6,000 people had arrived in the town, out of some 9,000 who left Honduras in recent days in the hopes of making it to the United States to start a new life there.

The deafening explosions of gas and smoke cannisters caused thousands of the migrants to turn back, while others fled into nearby mountains. Many dropped their sparse belongings in their haste to get out of harm's way.

Some who tried to break through a fence were beaten back by uniformed personnel kitted out with clubs and plastic shields.

A health official from the region, who did not give their name, said several of the migrants were injured after being struck.

Some in the police contingent were carrying firearms.