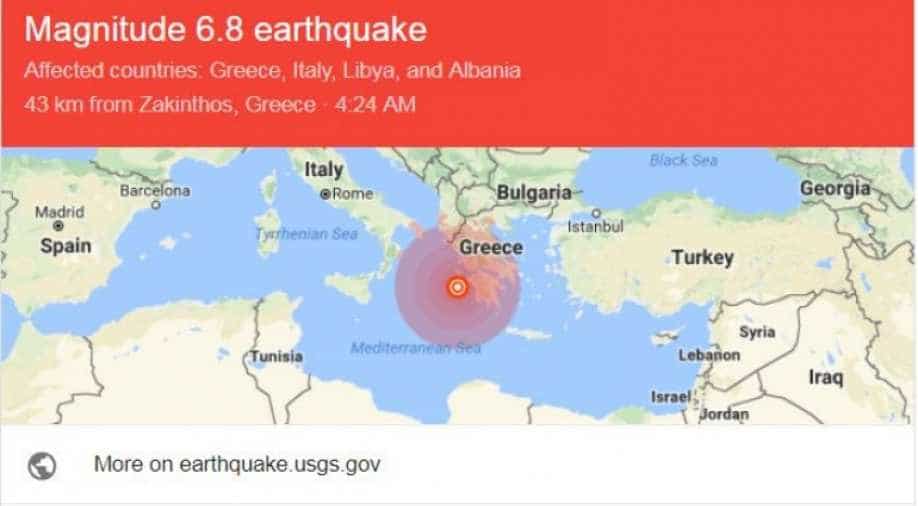 No casualty has been reported so far. Photograph:( Others )

A powerful quake of magnitude at least 6.8 struck off western Greece early on Friday (October 26), earthquake monitors said, causing slight damage but no casualties in a tremor felt as far away as Libya.

The tremor was felt in Athens, the Greek capital, and as far away as Albania, Italy, Libya and Malta.

The epicentre was in the Ionian Sea, about 130 km (81 miles) southwest of Patras in the Peloponnese, the USGS said.

It was felt particularly on Zakynthos, also known as Zante, which was rattled by a series of strong aftershocks, the highest at 5.6, and where power was briefly disrupted.

Three people were taken to hospital, two of them slightly injured, a spokesman for Greece's civil protection agency told Reuters.

The power cut and slight damage to the port of Zakynthos, near the epicentre would not affect port operations, officials said.

The quake was fairly shallow, according to the USGS, just 14 km (8.7 miles) below the seabed, which would have amplified shaking.