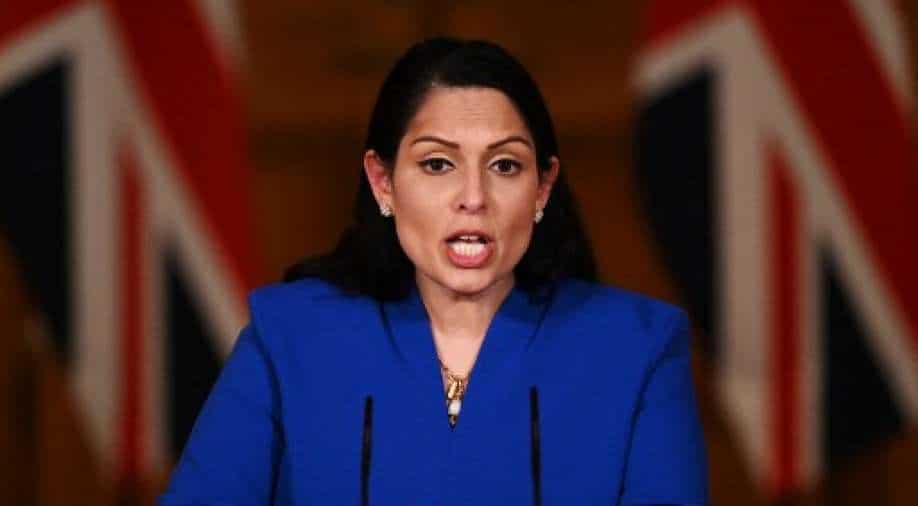 According to the plan, the home secretary will be able to grant citizenship in "compelling" and "exceptional" circumstances where somebody has suffered historic unfairness out of their control.

The plan involves a digital visa regime with Patel asserting that the system should be "logical and fair."

Britain had withdrawn support to be governed by the EU in 2016 with Brexit which came into effect on January 1, 2021.

"It is a sheer fantasy that we can give homes to anyone who comes here, British nationality law has not changed since 1983 and is now filled with anomalies," the minister said.

✅ Making it easier to ban serious & dangerous foreign criminals with a US-style ETA.

✅ Making the system easier to navigate for businesses.

✅ Allowing us to count people in & out of the UK for the 1st time. pic.twitter.com/CZhVAk680G

Priti Patel said her government was trying to make the system easier to navigate for businesses.

"The government is taking back control of immigration because there is such a thing as too much immigration," the minister said, adding, "I'm proud as a Briton and I'm proud of my parents and my British-Indian background."

The UK home secretary said that the new system will allow the government to ban serious and dangerous foreign criminals with a US-style ETA.

"In 2016, people withdrew their support from the broken immigration system, she said, asserting that the government is not anti-immigration."

According to the plan, the home secretary will be able to grant citizenship in "compelling" and "exceptional" circumstances where somebody has suffered historic unfairness out of their control.

"Our next plan is speeding of removal who have no legal right to live in the UK," Patel said.

Patel also mentioned BNO visas to be issued by the government to help Hong Kong.

"I have a message for those who seeking to disrupt our enforcement officers, we will not allow such disruption," the minister said.