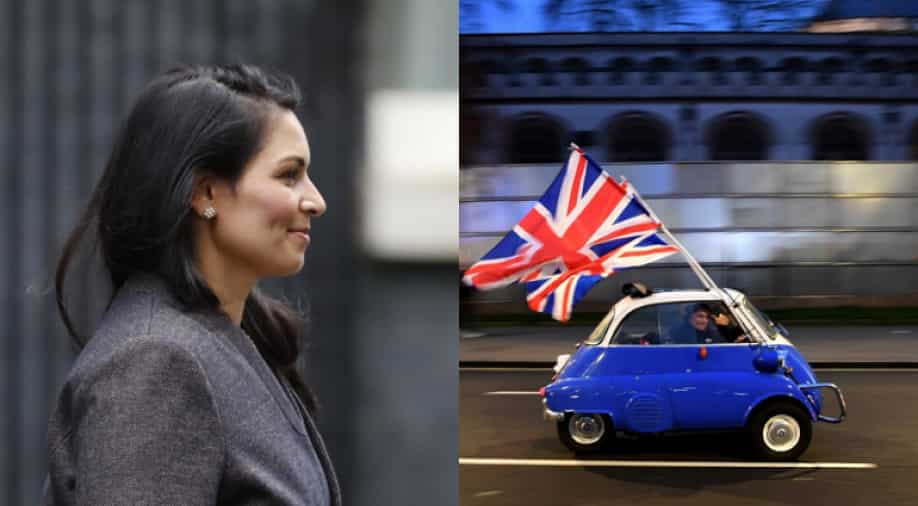 Under the MMP, both sides have agreed to work towards an April 2022 timeline to bring in new systems in place, with work already underway with the High Commission in London and the Ministry of External Affairs in New Delhi.

A new Migration and Mobility Partnership (MMP) signed between India and the UK recently is an "unprecedented" reciprocal agreement that will overcome the barriers around mobility and migration of the past, British Home Secretary Priti Patel has said.

The senior Indian-origin Cabinet minister, who signed the partnership's memorandum of understanding (MoU) with External Affairs Minister S Jaishankar in London last week, said the plan to have 3,000 young students and professionals a year access new work experience benefits in either country under the new pact will be up and running “within months”.

She highlighted that the move, which includes a new “bespoke” plan for 18 to 30-year-olds to apply for a 24-month stay in either country puts youth mobility at the heart of the bilateral relationship.

"This is a very significant unprecedented scheme that will provide additional benefits to both countries. It is highly symbolic," Patel told PTI in an interview on Monday.

"It shows how our two countries have really developed and advanced our relationship, in a purposeful and transformative way; which to be very candid, we did not have previously. Putting mobility at the heart of this relationship is a real change, a real pivot. We have spent too much time in the past speaking about mobility barriers,” she said.

Under the MMP, both sides have agreed to work towards an April 2022 timeline to bring in new systems in place, with work already underway with the High Commission in London and the Ministry of External Affairs in New Delhi.

"We have worked at pace for this and we are in the process of finalising the timetable around this. We are not hanging around. We are literally now just putting dates on this," the minister said.

Dubbed as a first-of-its-kind agreement between the two countries, both governments agreed enhanced mobility provisions for young professional Indian and British citizens and swifter and more efficient returns of illegal migrants by accelerating timescales for removals, by committing appropriate resources to facilitate returns.

"We also signed an agreement linked to illegal migration, which is a huge benefit for India as well because obviously there are certain individuals that come in that India wants returned," said Patel, in reference to extradition cases.

The new youth mobility route adds to previous announcements under Britain's post-Brexit points-based immigration system, which the minister said was already “benefitting Indians hugely” as the new rules came in force from earlier this year with the UK no longer bound by European Union laws.

“The whole purpose of the points-based system was to do away with the discrimination that India were at a the disadvantage under previous systems. I have squared that circle in less than 12 months. In less than two years since becoming Home Secretary, I have really moved the needle on creating a new bespoke and reciprocal route for young professionals from the UK and in India to really become part of that professional experience and exchange,” said Patel.

She credited the leadership of the two Prime Ministers – Boris Johnson and Narendra Modi – as well as her counterpart, Home Minister Amit Shah, for driving the mobility agenda forward.

"Through the leadership of the Prime Minister of the UK and Prime Minister of India we have been able to have a Home Secretary and a Home Minister in India in Amit Bhai, driving this agenda forward. It is big, it is significant and it's a landmark agreement that will provide new opportunities to thousands of young people in the UK and in India seeking to live, work and really benefit from each other's cultures but also professional opportunities that both our countries have to offer,” said the Gujarati-origin minister.

"It's significant because over decades Britain has been enriched with the diaspora community and the links we have with India but at the same time, the Migration and Mobility Partnership builds upon the new benefits of the points-based immigration system will give to India through the exchanges of skilled migration,” she added.