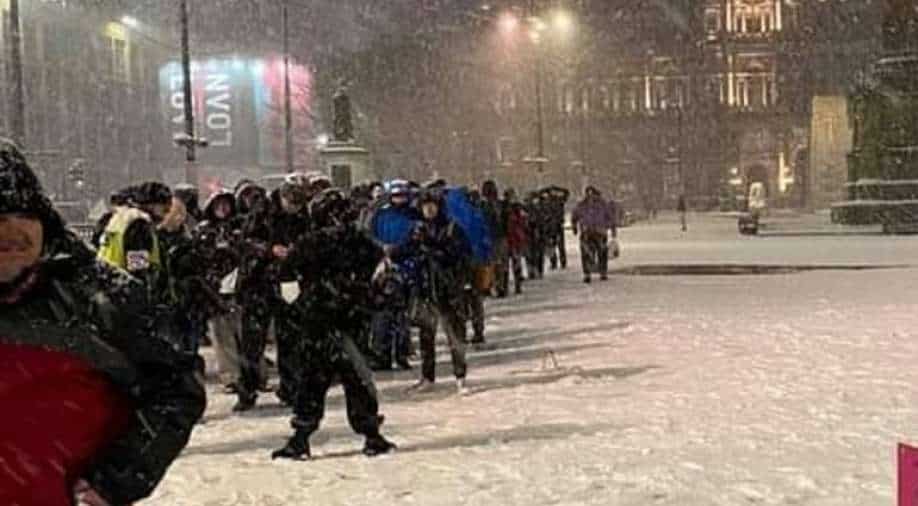 The temperature dropped as low as - 6 degrees C on Monday and in such harsh weather, people stood in line to receive a hot meal

An image of at least 200 homeless people standing in a queue in extremely cold weather conditions for a soup kitchen in Glasgow has drawn angry reactions from netizens.

The temperature dropped as low as - 6 degrees C on Monday and in such harsh weather, people stood in line to receive a hot meal.

"This has to end," a volunteer from the Kindness Homeless Street Team said as reported by Sky News.

This was one of the busiest nights for the group.

Graeme Weir, who works for this project, compared the image with scenes earlier seen in an Eastern European country "decimated by years of Communist rule".

"This makes me so angry. This has to end," he wrote on Facebook as he shared the image.

"I know some of these people personally and most of them are good people who have just hit a wee bump in the road.

"We as a civilised and caring nation need to step up."

The group founded by Laura McSorley in 2019 saw a great rise in demand for food when the UK saw its first lockdown, leading to a shift to large-scale operations.

In the lockdown, Kindness Homeless Street Team was providing hot food on the street four times a week at night.