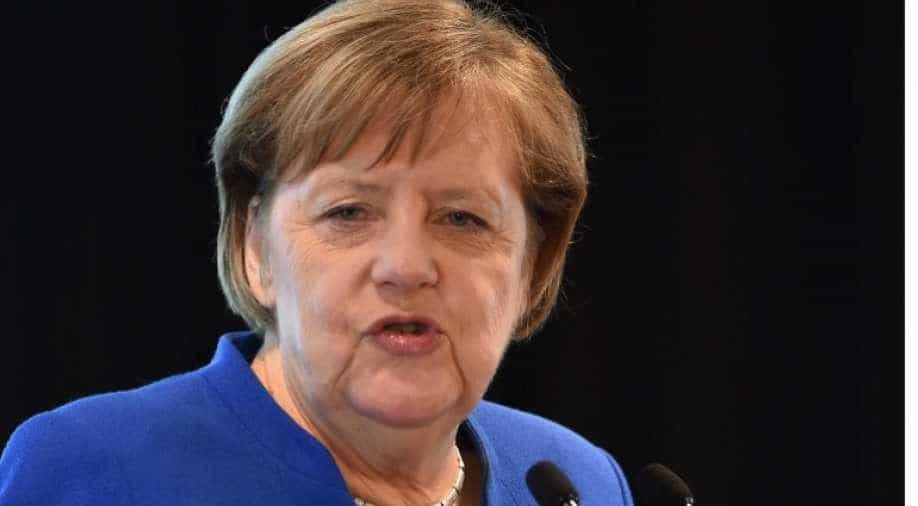 There is still time to find a solution to Britain's exit from the EU, German Chancellor Angela Merkel said Tuesday, voicing optimism on a political deal over the tricky "backstop" that has stymied progress.

Speaking to Japanese and German business leaders in Tokyo, Merkel stressed that "on the one hand, time is pressing" and businesses using "just-in-time" delivery processes could not afford lengthy customs procedures.

Britain is poised to leave the EU at the end of March following a 2016 referendum.

The backstop is intended to ensure there is no return to a hard border with Ireland, but Brexit supporters fear it will keep Britain tied to EU customs rules.

"But this solution depends on the question of what the future relationship between Britain and the EU will be like and what type of trade deal we sign with each other," added the chancellor.

Throwing the ball into London's court, she stressed, "It will be very important for us to know what exactly the British side sees as its future relationship with the EU."

After meeting Japanese counterpart Shinzo Abe Monday, she urged "creativity" and "goodwill" to find a solution.

However, she was clear that any solution could only come via the political declaration attached to the withdrawal agreement — rather than re-opening talks on the actual exit deal.

There are concerns in London that any tweaks to the political declaration will not be legally binding.

Her Monday comments were seen as conciliatory and boosted the pound as British Prime Minister Theresa May prepares to engage in further talks with EU officials to break the Brexit deadlock as the exit date approaches.

A top EU official, however, sounded the alarm bell after talks with British MPs.

Martin Selmayr, the right-hand man of European Commission President Jean-Claude Juncker, said the meeting had confirmed the view that the EU was right to start in December 2017 preparations for a "no-deal" Brexit.

Merkel said relations between Britain and the EU bloc were currently strong and would remain that way.

"Over the last two years during which we have been dealing with Britain's exit, we have worked more closely together than during several years when Britain was a member of the European Union," she quipped to laughter.

US ship back at sea after coronavirus outbreak and captain fired