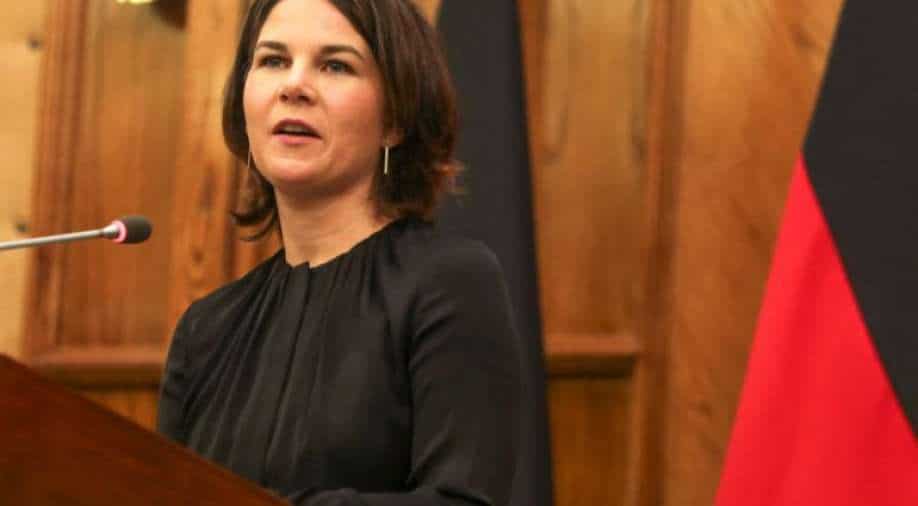 Fears are growing in the West that Russia is on the verge of invading its neighbour, with the United States warning of a possible attack in the "coming days"

Germany accused Russia on Friday of endangering Europe's security with demands that recall the Cold War, as Western leaders arrived for a Munich Security Conference set to be dominated by the Ukraine crisis.

Fears are growing in the West that Russia is on the verge of invading its neighbour, with the United States warning of a possible attack in the "coming days".

"With an unprecedented deployment of troops on the border with Ukraine and Cold War demands, Russia is challenging fundamental principles of the European peace order," Baerbock said in a statement.

Russian troops have all but encircled Ukraine during the Kremlin's stand-off with the West over NATO's expansion into eastern Europe.

Before travelling to Munich, US Secretary of State Antony Blinken told the United Nations to expect an offensive in the "coming days", likely preceded by a pretext to justify military action.

Some feared such a moment had arrived on Thursday, when a spike in shellings on the front line damaged an eastern Ukrainian kindergarten and Russian-backed separatists blamed Kyiv for escalating hostilities.

Russia has denied any invasion plans. But the Kremlin has also said it could be forced to respond militarily if Washington does not meet certain security demands.

Moscow has so far declined to attend the Munich gathering, but the United States said Blinken would meet his Russian counterpart Sergei Lavrov next week -- provided no invasion had occurred before then.

"It is a loss that Russia is not taking advantage of this opportunity," Baerbock said.

She added that the conference offered a chance "to discuss how we can still counter the logic of threats of violence and military escalation with the logic of dialogue".

Foreign ministers from the Group of Seven club of rich nations -- including France, Britain, the US and Japan -- will discuss the Ukraine crisis on the conference sidelines Saturday.

The talks will be hosted by Baerbock, whose country currently holds the G7 presidency.

Moscow has made several announcements of troop withdrawals this week, but the United States, NATO and Ukraine all said they had seen no evidence of a pullback.

Instead, Washington says Russia has moved 7,000 additional troops to near the Ukrainian border.

Watch | Russia, US spar at UNSC meeting on Ukraine crisis

Citing "possible aggravation", Ukraine's armed forces announced late Thursday that evacuations were planned for some communities along the conflict-ridden border, particularly from the separatist-held city Donetsk.

Violence has ebbed and flowed along the eastern front line, where Kyiv has been locked in conflict with Moscow-backed rebels for almost eight years.

Following Thursday's artillery fire at the kindergarten, Ukrainian and Western leaders reiterated calls for Russia not to exploit the border tensions to launch its feared offensive.

President Vladimir Putin has made clear that the price for removing any threat would be Ukraine agreeing never to join NATO and for the Western alliance to pull back from a swath of eastern Europe, effectively splitting the continent into Cold War-style spheres of influence.

Ukraine is far from being ready to join NATO but has set this as part of a broader goal to integrate with the democracies of western Europe, making a historic break from Russia's orbit.