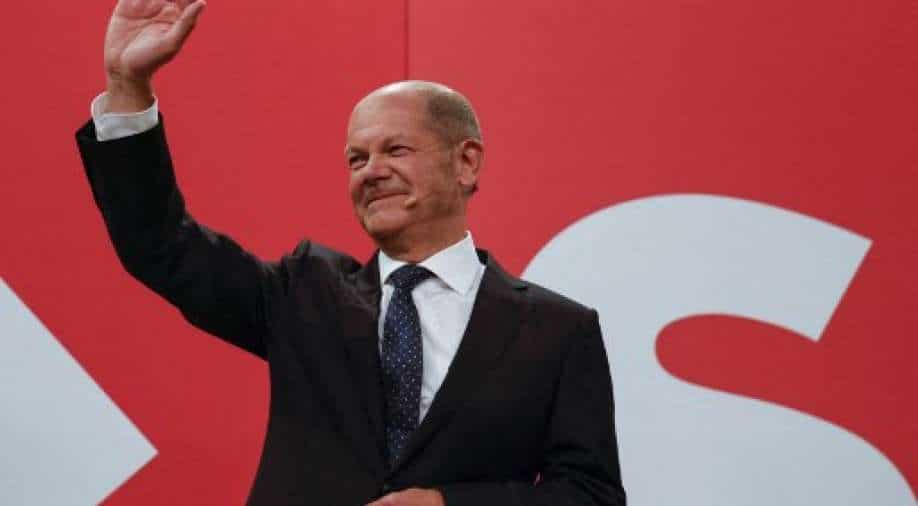 Social Democrats candidate Olaf Scholz has emerged as the favourite to replace Angela Merkel as Chancellor in the German elections even as Laschet's CDU-CSU claimed it was eyeing a coalition government.

However, neither SPD not Merkel's CDU/CSU is likely to get a majority as both said they were targeting coalitions. Opinion polls earlier had suggested a knife-edge battle between the two arch-rivals.

The new leader will take over the reins from Chancellor Angela Merkel who had expressed her intention to step down after the elections after 16 years at the top.

Also Read: German elections: What you need to know about race for chancellor

Armin Laschet, 60, was pushed by Angela Merkel as her likely successor, however, Olaf Scholz the leader of the SPD is now the favourite to succeed Merkel. Scholz who is widely known for his tenacity has been the finance minister and vice-chancellor under Merkel.

The party which comes to power finally will have the task to continue the battle against the virus and keep Germany's economy rolling.

The fight for the top job is however far from over as both Laschet & Scholz expressed their desire to cobble a coaltion before Christmas.