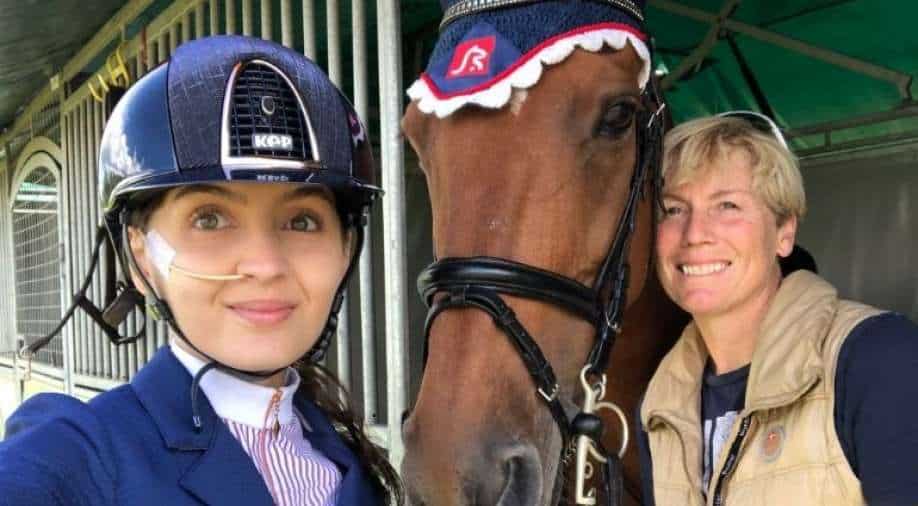 In this picture, Evie Toombes can be seen with her mother Caroline Toombes Photograph:( Twitter )

A 20-year-old woman has sued her mother's general practitioner after he failed to tell her to take folic acid during pregnancy.

Evie Toombes is a para-showjumping star in Lincolnshire who suffers from spina bifida since birth. In this condition, there is a gap in the spine of a baby as it fails to develop in the womb.

She has claimed that her mother's doctor, Philip Mitchell failed to prescribe her vital supplements which became the cause of her disease.

She has filed a lawsuit against Dr. Philip Mitchell who denies liability, claiming he gave Caroline 'reasonable advice.'

Her mother said ''He told me it was not necessary. I was advised that if I had a good diet previously, I would not have to take folic acid.''

Also read | Global warming affecting one of the most monogamous birds, leading to 'break-ups'

Due to her condition, Toombes had to spend some days connected to tubes for up to 24-hours-a-day.

Toombes has formed a career in showjumping despite her condition. She competes against both disabled and able-bodied riders.

She participated in ITV's show 'Hidden Disabilities: What's The Truth?' and also met Prince Harry and Meghan Markle in 2018.