Global warming affecting one of the most monogamous birds, leading to 'break-ups' 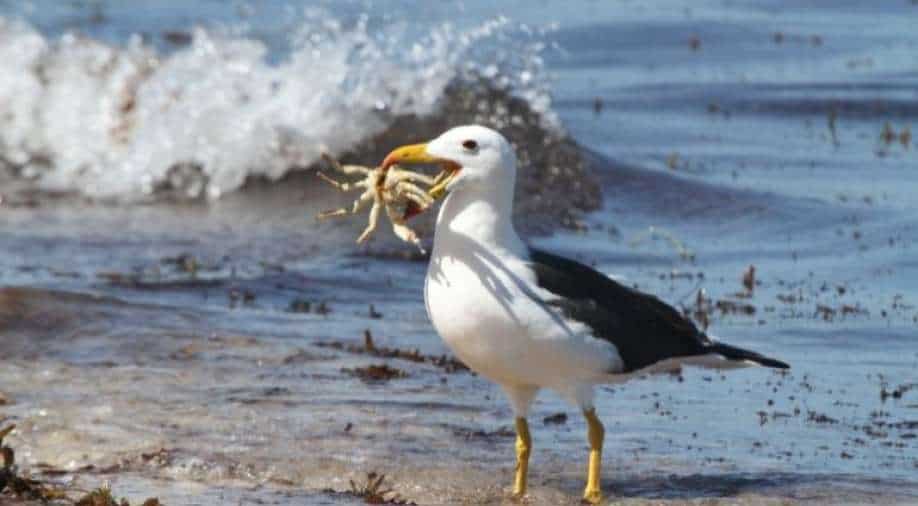 Sadly, today, more and more of these creatures share another rite of passage with young humans. Under stress from the climate crisis, working longer hours to eat, and juggling the logistical challenges of travelling together, they are finding it increasingly difficult to maintain relationships. Photograph:( Others )

Researchers say global warming might be responsible for albatrosses, one of the most monogamous birds in the world, divorcing more often.

Albatrosses are anthropomorphic creatures, i.e., they exhibit traits or behaviours typically associated with humans. As they mature, they embark on years-long trips away from home, have a long, awkward teenage phase during which they learn how to seduce a mate through dance, and live for 50-60 years.

They mate for life, and they also celebrate loudly when reunited with a partner after a long time.

Sadly, today, more and more of these creatures share another rite of passage with young humans. Under stress from the climate crisis, working longer hours to eat, and juggling the logistical challenges of travelling together, they are finding it increasingly difficult to maintain relationships.

While earlier, it was estimated that only 1-3 per cent of couples who choose a partner will separate to find a better one, the study found that this increases significantly in years with unusually warm water temperatures, as many as 8 per cent of couples are splitting up.

To reach these numbers an investigation was conducted into a wild population of 15,500 breeding pairs in the Falkland Islands over the course of 15 years.

Albatross love lives have long been a subject of scientific study, as they are among the most loyal members of the animal kingdom.

Co-author Francesco Ventura of the Royal Society study reported that even after adjusting for the scarcity of fish, researchers were surprised to find that warm waters led to unusually high levels of albatross couples splitting up.

Usually, the birds divorce after facing a reproductive failure. A couple is more likely to split up when they do not produce a chick. While food shortages might result in more failures, they were surprised, however, to discover that higher water temperatures had an additional effect. It pushes up divorce rates even in instances where reproduction was successful.

According to Ventura, one explanation could be that warming waters were forcing birds to hunt for longer and fly farther. A bird's partner may move on to someone else if he or she fails to return for a breeding season.

Additionally, albatross stress hormones increase when waters are warmer and in harsher environments. Ventura indicated the birds might blame their partner for this.

The partner-blaming hypothesis suggests that stressed women might experience higher stress levels and blame their male partners or attribute it to the male's poor performance.

The number of albatrosses is declining, says Dr Graeme Elliot, principal science adviser at New Zealand’s department of conservation, who has been studying albatrosses in the country’s waters for three decades.

He reports that wandering albatross populations are declining at rates of 5-10 per cent every year, and have been dropping since 2005.

Because of this, increasingly homosexual couplings are occurring. There are now male-male pairs among the birds on Antipodes Island, which has never happened before. Only a few per cent of the boys can find a female partner, so they pair up with another boy.

According to Elliott, we need a global campaign to save these birds, because if we do nothing, they will become extinct.