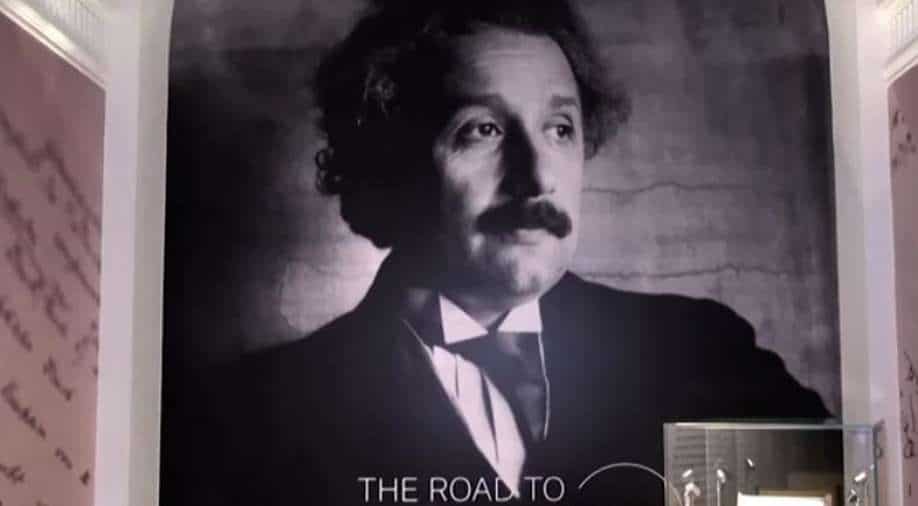 Albert Einstein's 54-page document which sold at Christie's was handwritten between 1913 and 1914 in Zurich Photograph:( Reuters )

The 54-page document provides a glimpse into Einstein's mind as he set about defining the general theory of relativity.

Albert Einstein's earliest notes on the theory of relativity sold for a record $13.17 million at an auction.

The manuscript was co-authored by Swiss physicist Michele Besso who was a friend of Einstein. It was written between 1913 and 1914.

The auction at Christie's in Paris set a record for Einstein's work whose earlier "God letter" had sold for $2.8 million three years ago and another letter had fetched 1.56 million in 2017.

Einstein's another letter describing the E=mc² equation was sold for 1 million euros at another auction in the United States in May.

The 54-page document provides a glimpse into Einstein's mind as he set about defining the general theory of relativity.

Christie's thanked Besso for preserving the document while calling it a "miracle". Reports say the auction house had estimated the handwritten notes would fetch $2.25-3.38 million, however, it shot way past the mark. The identity of the buyer has not been revealed.

Christie's said  Besso and Einstein had together "attacked one of the problems that had been troubling the scientific community for decades - the anomaly of the planet Mercury's orbit."

Einstein put his thoughts on paper which was preserved by his colleague and friend Besso. Christie's said Einstein's work during this period is extremely rare while adding that it is an "extraordinary witness to Einstein's work".