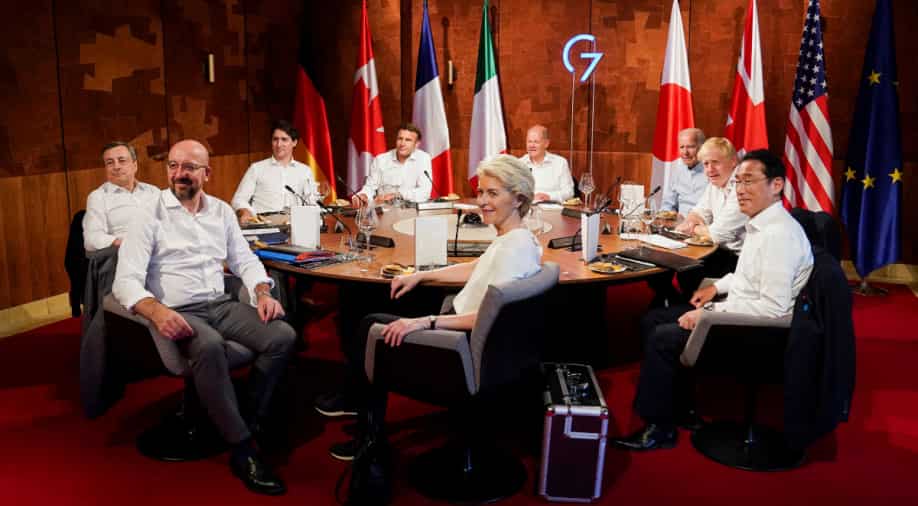 The targeting of the oil industry marks the biggest economic stakes so far, despite the fact that the West has already imposed numerous levels of sanctions on Russia

In what would be a significant uptick in the campaign to punish the Kremlin for its invasion of Ukraine, the United States as per an AFP report claimed on Monday that the G7 nations are nearing an agreement on a strategy to impose a lower price for Russian oil. Describing talks among the G7 nations as 'advancing' a senior US official, speaking to AFP on the condition of anonymity, said: "We're still in final discussions with other G7 counterparts working to finalise this, but we're very close to a place where G7 leaders will have decided to urgently direct relevant ministers to develop mechanisms to set a global price cap for Russian oil."

Talking to the press at the G7 conference in Germany, President Joe Biden's national security adviser, Jake Sullivan, told reporters that a "consensus" was emerging and "the price cap is a serious method to achieve that outcome."

The targeting of the oil industry marks the biggest economic stakes so far, despite the fact that the West has already imposed numerous levels of sanctions on Russia.

Also read | Now is not the time for negotiations with Russia, Zelensky to G7 countries

Reportedly, the strategy aims to "force down the price of Russian oil" and deprive the Kremlin of its "main source of cash."

According to the plan, consuming nations would essentially set a low price for Russian oil, which Moscow would be forced to accept because it needs the money.

However, there are significant doubts over the unity of the consuming nations and whether Russia would actually bow down or whether it might instead respond by shutting off the energy supply to Europe.