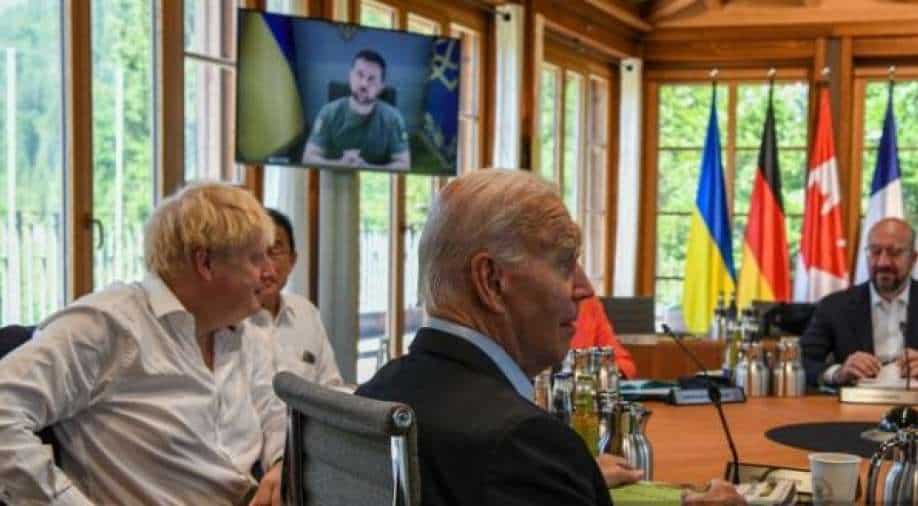 Zelensky reiterated that "heavy" punitive action should be continued against Russia and not to "not lower the pressure".

Amid the war in Ukraine, President Volodymyr Zelensky told G7 nations "now is not the time for negotiations" referring to Russia.

The Ukraine president also asked G7 nations to "limit the price of Russian oil" and to "intensify sanctions" against Russia over its invasion of his country, reports said.

"Ukraine will negotiate when it is in a position to do so, that is when it has basically re-established a position of strength," the French presidency said after Zelensky joined the G7 leaders via video link.

Zelensky reiterated that "heavy" punitive action should be continued against Russia and not to "not lower the pressure".

G7 leaders demanded that Russia should immediately allow the "safe return of Ukrainian nationals taken often with force to Russia without their consent" even as NATO chief Stoltenberg the European military alliance will boost its high readiness forces to over 300,000.

The French president's office said it wants Iran and Venezuela back on the market amid the oil crisis.

(With inputs from Agency)