Fresh documents keep up pressure on Canada's Trudeau over scandal 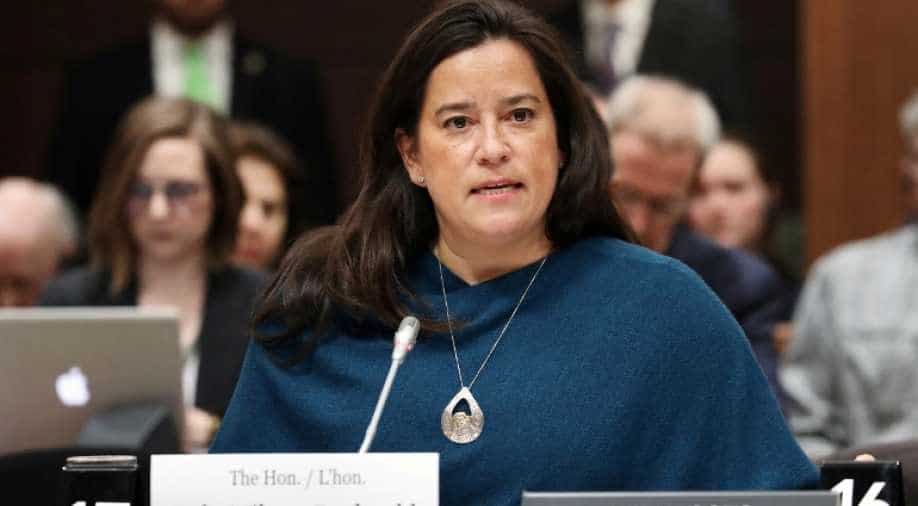 Trudeau has been on the defensive since February 7 over allegations that officials inappropriately leaned on former Justice Minister Jody Wilson-Raybould last year to ensure construction company SNC-Lavalin Group Inc escaped a trial by paying a fine instead.

A former cabinet member at the heart of a crisis that could cost Canadian Prime Minister Justin Trudeau his job on Friday released documents to back up her case that she had been pressured to help a large corporation avoid a corruption trial.

Trudeau has been on the defensive since February 7 over allegations that officials inappropriately leaned on former Justice Minister Jody Wilson-Raybould last year to ensure construction company SNC-Lavalin Group Inc escaped a trial by paying a fine instead.

The crisis may well threaten Trudeau's reelection chances in a vote this October. Polls show his centre-left Liberals, who as recently as January looked certain to win, could lose to the official opposition Conservatives.

Wilson-Raybould made public around 40 pages of documents revealing more details of what she said were attempts by officials to force her change her mind even after she insisted they desist.

Wilson-Raybould, who was demoted to veterans affairs minister in January and resigned the following month, first made the allegations in almost four hours of testimony to the House of Commons justice committee last month.

Trudeau says officials were trying to make Wilson-Raybould understand that thousands of jobs would be at risk if SNC-Lavalin were found guilty of bribing Libyan officials. Trudeau insists he and his team did nothing wrong.

The affair has so far cost Trudeau two high-profile female cabinet ministers, his closest personal aide and the head of the federal bureaucracy, Michael Wernick.

Wilson-Raybould included a recording of a phone call with Wernick last December in which he told her he was worried about "a collision" between her and Trudeau "because he is pretty firm about this."

Wilson-Raybould, who stressed she thought the call was inappropriate, told Wernick she was waiting "for the other shoe to drop" because she was under no illusion about how Trudeau "gets things that he wants."

Opposition legislators said the documents reinforced their demand for a public inquiry into the matter, something Trudeau says is not necessary.

"She is actually trying to speak truth to power, trying to say, 'You can't do this,' ... and it keeps happening," New Democratic Party parliamentarian Nathan Cullen told the Canadian Broadcasting Corp.

The crisis is opening rifts inside the Liberal Party and some legislators want Wilson-Raybould to be kicked out of the parliamentary caucus, a move Trudeau has so far resisted.