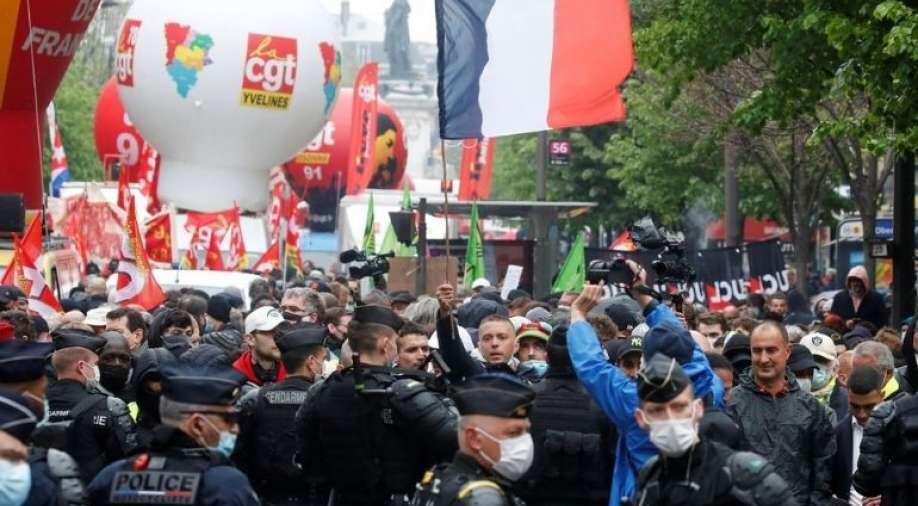 Despite a police intervention, many people stayed overnight at the site on Saturday as well, though all had left by Sunday morning

Hundreds of people flouted France's coronavirus curfew over the weekend with underground parties in at least two cities, while police managed to prevent organisers from staging a mass rave in Paris, officials said Sunday.

On Saturday near the eastern city of Dijon, nearly 400 people gathered at an abandoned hangar before police managed to cut power to the sound system at around 2:00 am Sunday.

Police also used tear gas to prevent dozens of others from trying to sneak in despite efforts to clear the premises.

Two people were detained, including the suspected organiser, and police issued 205 fines for non-respect of the nationwide curfew that starts at 7:00 pm.

"This event is totally irresponsible given the health crisis in the country," the government's top regional official Fabien Sudry told AFP.

Another illegal party was discovered late Friday in Haut-Corlay, a village in the western Brittany region, that attracted some 500 people.

Despite a police intervention, many people stayed overnight at the site on Saturday as well, though all had left by Sunday morning, police said, adding that nearly 330 fines for Covid infractions were issued.

Police in Paris, meanwhile, thwarted a rave planned in an industrial zone near the city's southeastern edge, detaining three people including a suspected organiser for endangerment.

"These people would do better to stay home, and be patient a little bit longer," Justice Minister Eric Dupond-Moretti told France Inter radio.

President Emmanuel Macron last week acknowledged the eagerness to exit the country's third virus lockdown as he announced a phased lifting of the restrictions over the next two months.

Secondary schools will reopen Monday and the nationwide curfew will be pushed back to 9 pm on May 19, when cafes and restaurants will be allowed to reopen for outdoor seating only.