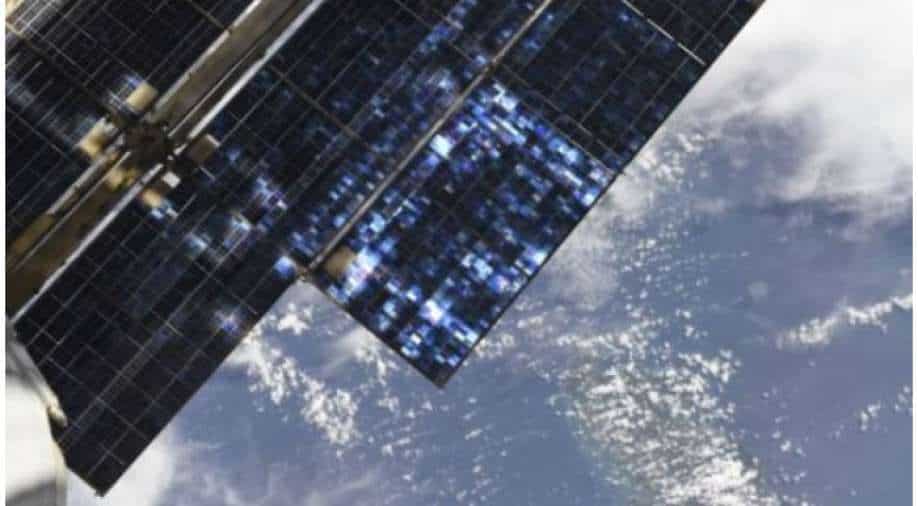 French astronaut Thomas Pesquet is popular for his photos clicked from International Space Station (ISS) . His latest photos have gone viral as well

French astronaut Thomas Pesquet is known for posting mesmerising pics on his Instagram account. The astronaut, who is at International Space Station (ISS) has again posted an intriguing entry on Instagram. Pesquet often posts photos of Earth from the ISS. Many of his posts have shown beauty of the outer space. But this time, he has chosen to take a few snaps of the very vehicle that has enabled him to take pics that are literally out of this world.

Pesquet has focussed his lens on ISS service module's solar panels, the mighty wings that sustain it by receiving solar energy. In the pics, not only the solar panels are shining in all their glory but are resplendent in bluish hue that is likely a reflection of our blue planet.

Pesquet has posted two images. In one, collection of thousands of panels is seen with Earth in the background. But Pesquet has also zoomed in and has let the camera lens unravel the intriguing beauty of individual panels. The panels retain the blue hue and the picture seems as if a wing of a butterfly has been magnified to absorb the intricate beauty.

Pesquet's pics have gone viral as they do always. The 'like's are likely to hit 50 thousand mark. The comments are pouring in as well.

Thomas Pesquet was sent to International Space Station in November 2016 for a six month mission. For his current mission, he was sent to the ISS aboard SpaceX Crew Dragon.