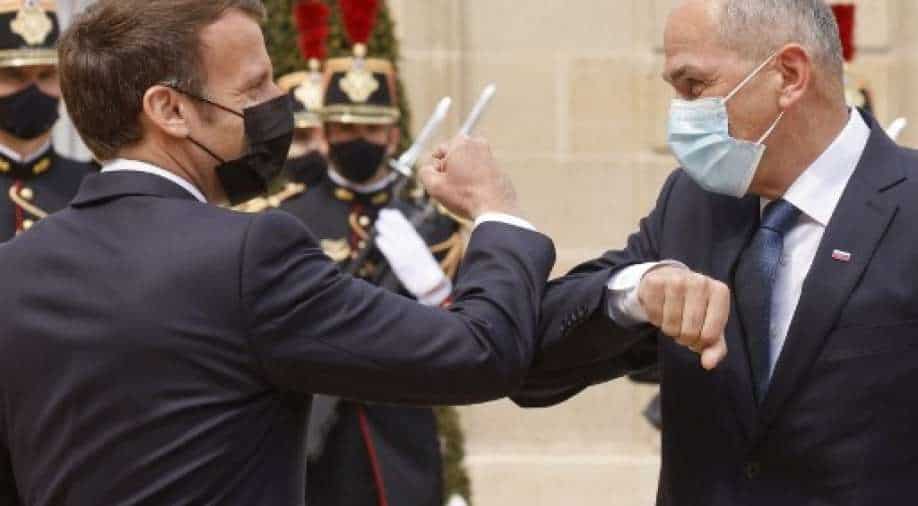 The number of patients in intensive care has also dropped giving French authorities hope that they can slowly reopen the economy.

France is set to reopen outdoor bars and restaurants from May 19 amid declining coronavirus cases.

President Emmanuel Macron had earlier declared that authorities will lower the age of those eligible for COVID-19 vaccines aged 50 and over.

At least 16,763,053 citizens have already received at least one dose of the vaccine which is over 31 per cent of the population.

The number of patients in intensive care has also dropped giving authorities hope that they can slowly reopen the economy.

Health minister Olivier Veran however warned that France must not "let down the guard" as it looks to reopen bars as reports said restaurants and cafés can admit up to six customers per table.

Reports say France is also set to allow foreign tourists from June 9 provided they have a vaccination certificate or PCR test.

The country's authorities also propose to lift night curfew from June 30 if the virus cases remain low, even though night clubs will reportedly stay closed.

India was put in the list earlier after a surge in virus cases in the country including Turkey, Argentina, Chile and South Africa.

France has a total of 5.8 million coronavirus cases since the pandemic began last year with 106,553 casualties so far.