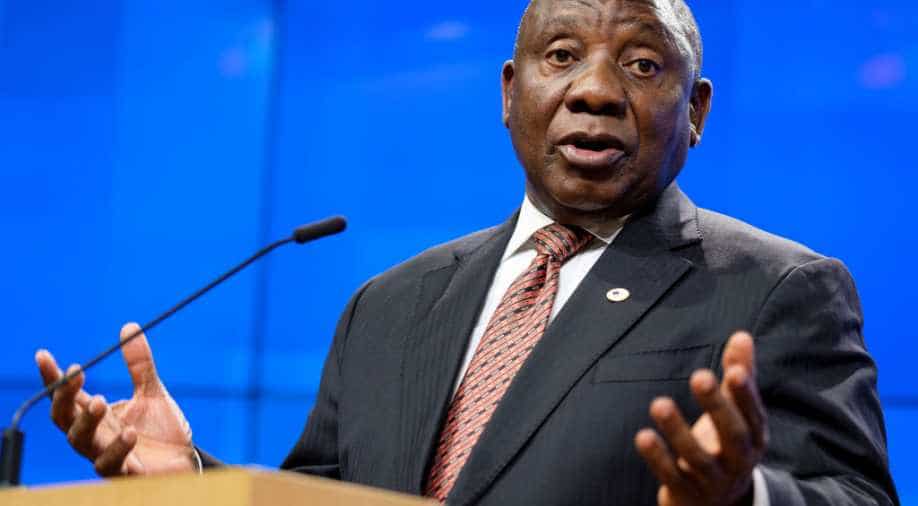 Ramaphosa called on South Africans to support the waiver in a weekly newsletter, saying vaccines should be 'a global public good'

South African President Cyril Ramaphosa said on Monday that if wealthy nations hogged COVID-19 shots while millions in poor countries died waiting for them it would amount to 'vaccine apartheid'.

South Africa and India have been pushing for a waiver on some intellectual property (IP) rights for vaccines and medicines at the World Trade Organization.

US President Joe Biden backed the proposal last week, though it may still take months to reach a deal.

Ramaphosa called on South Africans to support the waiver in a weekly newsletter, saying vaccines should be 'a global public good'.

"It is about affirming our commitment to the advancement of equality and human rights, not just in our own country but around the world," he wrote.

"A situation in which the populations of advanced, rich countries are safely inoculated while millions in poorer countries die in the queue would be tantamount to vaccine apartheid."

Ramaphosa recalled that twenty years ago South Africa faced off against 'big pharma' over efforts to import and manufacture affordable generic antiretroviral medicines to treat people with HIV/AIDS.

"Years later, the world is in the grip of another deadly pandemic in the form of COVID-19. And once again, South Africa is waging a struggle that puts global solidarity to the test," he said.

Ramaphosa said South Africa was one of only five countries on the African continent able to manufacture vaccines and that there was a need for new capacity to be built.

South Africa has ordered enough COVID-19 vaccines for 46 million of its 60 million people via bilateral deals with Johnson & Johnson (J&J) and Pfizer. The J&J shots will be made locally by Aspen Pharmacare.