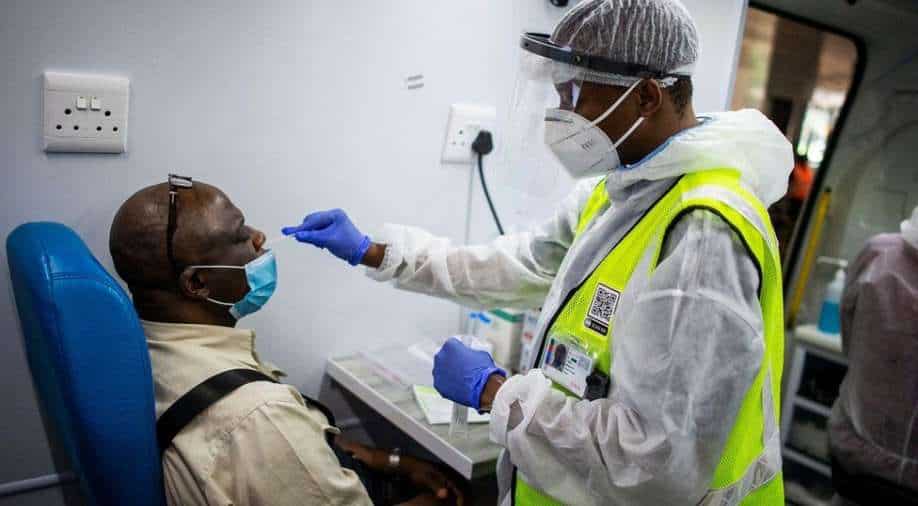 As the world continues to battle with the pandemic, South Africa’s health minister has announced that two Covid variants of concern have been detected in the country.

According to the minister Dr Zweli Mkhize, the Network for Genomic Surveillance in South Africa (NGS-SA) confirmed that two variants of concern, other than the B.1.351 already dominating in the country, have been detected.

In addition, the B.1.351 (first detected in South Africa) has been sequenced from a patient travelling from Bangladesh.

Of the four cases of B.1.617.2, four were detected in Gauteng province, two in KwaZulu-Natal and all have a history of a recent arrival from India, the minister said.

Of the 11 cases of B.1.1.7, eight were detected in the Western Cape (with two having a history of travel from Bahrain), one was detected in KwaZulu-Natal and two in Gauteng.

“The B.1.1.7 has been detected in community samples and this, therefore, suggests that community transmission of B.1.1.7 has already set in. As the epidemic progresses, the detection of new variants is inevitable. The work of genomic surveillance assists us to detect the variants and understand their behaviour and to refine vaccines so they remain effective,” he said.

The minister added that all cases have been isolated and managed according to national Covid case management guidelines and contact tracing has been performed to limit the spread of this variant.

“It is important to emphasise that variants can develop at any time in any country so they do not have to be imported,” the minister added.

Mkhize said there is no need for panic, as the fundamentals of the public health response (testing, contact tracing, isolation and quarantine) have not changed.

“Travel restrictions will need to be balanced against the scientific realities to protect the economy. These findings are urgently being processed by the government and announcements about travel regulations will be made after all appropriate consultations have been undertaken by the cabinet,” the minister said.